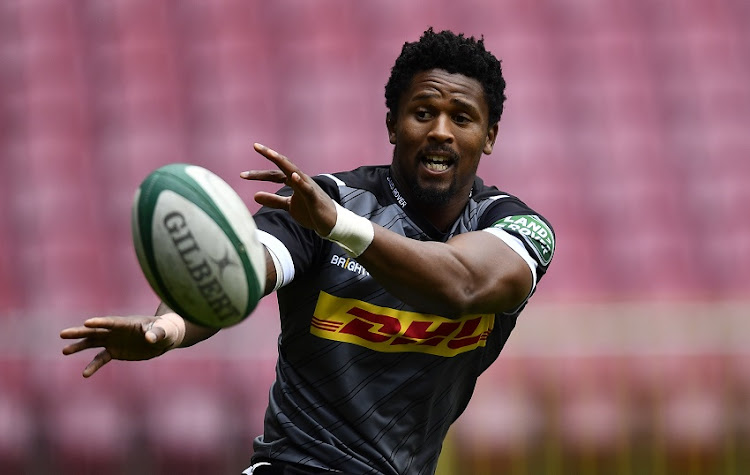 Springbok loose-forward Sikhumbuzo Notshe is the latest of the nine players the Sharks are slowly‚ but surely unveiling ahead of next year's Super Rugby tournament.

The versatile loose-forward made his name with the Stormers‚ but in moving from the currently frigid West Coast to the warmer East Coast‚ he also joins the burgeoning line of loose-forwards acquired by the franchise along with those that already there.

With the Sharks having unveiling former Golden Lions loose-forward James Venter‚ the Durban side are building depth in a position where they lost the Du Preez twins‚ Jean-luc and Daniel and Philip van der Walt.

It's a necessity that they have as many good and experienced loose-forwards as possible‚ especially with a Super Rugby tournament that's got no international break.

While that's beneficial for the teams from a momentum perspective‚ it will also ask questions from a performance and depth perspective.

In Phendulani Buthelezi and Celimpilo Gumede‚ the Sharks have talented youngsters who with time and opportunities will get better.

This is where the experience of a Notshe will come in‚ but as a rangy but skilful loose-forward‚ he's also dependent on his back-row teammates also putting a solid physical shift.

This isn't to say Notshe is shy of mixing it physically‚ but the back-row works as a unit and they need to ask serious physical question.

That was normally left to the Du Preez twins‚ but they didn't have Notshe's ball and street-smarts.

A loose-forward who can mix it up physically and also have the necessary ball skills generally tend to be world class.

It remains to be seen whether Notshe‚ who sparkled at Western Province and the Stormers without ever realising his immense potential‚ will become the player he threatened to be during his school rugby days.

With the loose-forward competition at the Sharks expected to be tough if all the contenders are fit‚ Notshe's task won't be easy.