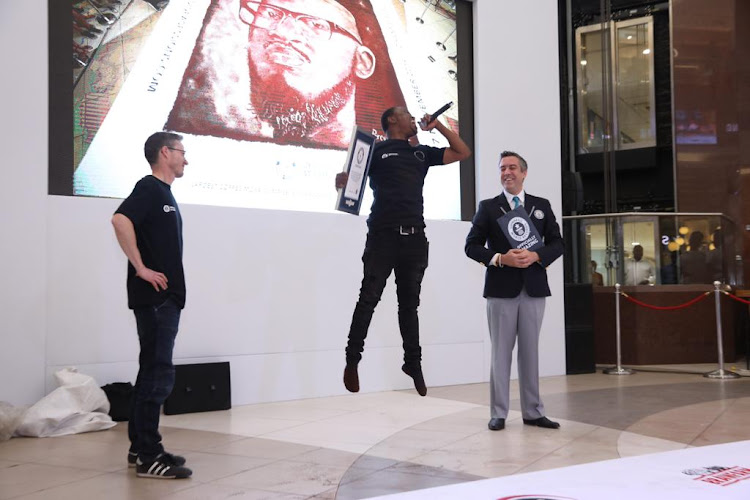 Percy Maimela won the Guinness World Record for the largest portrait made out of coffee granules
Image: Supplied

“I am extremely humbled to have achieved a Guinness World Record title doing what I love, art! My favourite medium is using salt for my portraits, however, we thought that it would be most fitting to use coffee granules to create the mosaic of my role model DJ Black Coffee.”

The display will remain available for public viewing in Sandton City until Saturday.

Maimela who is the father of a five-year-old boy said he always had a knack for art but didn’t know he would be able to make a career out of it. He is mostly known for using salt to create portraits of his muses.

“We didn’t have mentors and there were no examples of artists where I’m from.”

He said after he matriculated he wanted to study to become a scientist because it was expected of him.

“I wanted to go to varsity to study science because of the system. So I was going to do a more traditional job. Then I realised that art was more for me and I tried to study multimedia but there was no space for me.”

A small town artist will on Thursday attempt to break the Guinness World Record for the largest portrait using coffee granules.
News
2 years ago

Maimela said he started doing art on the side and got a job as a merchandiser in the retail industry.

“I really took a gap year, no actually it was a gap life I’m sure.”

He said he joined a centre for art in his home town called Azanian Arts Development Centre where he met more like-minded people.

“We started a company where we would all sell art on the weekends at malls and at parks.

“We did sell quite a bit but the problem is that we did not have a proper business mindset,” he said.

Maimela said he looks up to artists such as Nelson Makamo, Azael Langa and Great-joy Ndlovu. 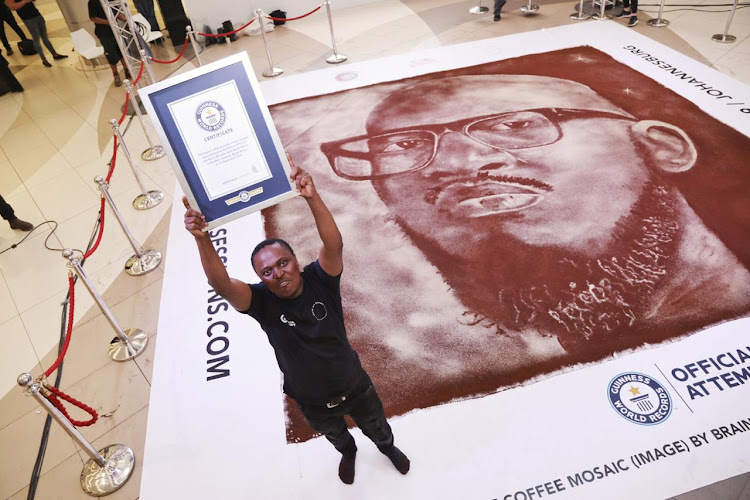 “I’ve learned a lot about business art from them, I’m really using good advice from them.

“Being locked away in the rural area locks you away from proper information.”

Maimela’s record attempt is in partnership with Sound Idea Sessions which will be holding a five-hour masterclass with DJ Black Coffee and Ryan Holiday in November on building businesses with limited resources. Maimela is seen as an example of someone who uses limited resources such as salt or coffee to create art to make a living.

In a statement released by Black Coffee, he said he would be sharing tools on how he used limited resources to become a global brand.

“You’ve got to really think about how you can evoke emotions, reach new audiences and be memorable. Just like me with music, it’s the same in business."

I look forward to the Sound Idea Sessions where I’ll be sharing insights on how my team and I have used these methods to take the Black Coffee brand global”.