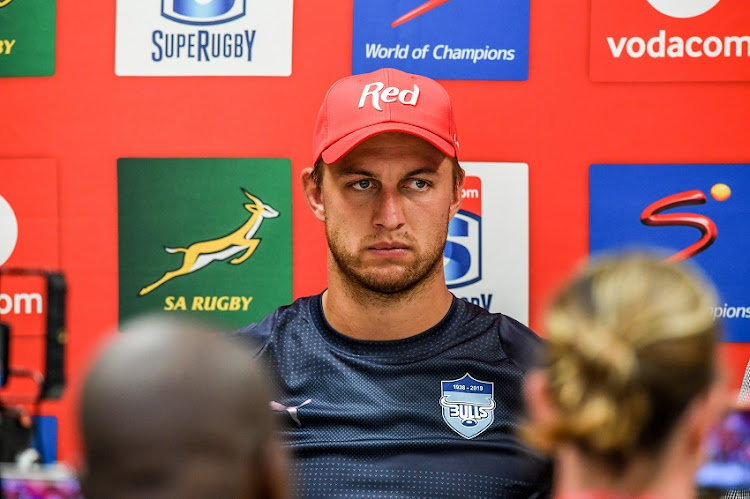 Bulls captain Handre Pollard is expecting a high-intensity game from the struggling Chiefs when they meet in their Super Rugby clash at Loftus on Saturday afternoon.

The two sides meet in this clash with a contrasting recent run of results‚ with the Bulls having won three of their four matches that have propelled them to the top of the South African conference and second spot on the overall standings.

The Chiefs are stuck at the foot of the New Zealand conference following a poor start where they lost their opening four matches until they managed a 23-23 draw against the Hurricanes last weekend.

“The intensity of their play is going to be a challenge for us because South African sides play a slow-tempo game‚ and with a reason‚” said experienced Springbok pivot Pollard‚ who is captaining the Pretoria side in the absence of injured Lood de Jager.

The Bulls have produced sensible rugby by collecting points whenever kicking opportunities have presented themselves‚ with Pollard their go-to man‚ and he said they will continue to play to situations.

“The Chiefs pose a serious challenge to us but we are not looking at a 30-point win or anything like that. We are looking for victory by any margin‚ we will take any win even if it is by half-a-point‚ if that’s what it takes.” Pollard said.

“They have unbelievable athletes and mobile forwards as well. It will come down to one-on-one situations and the defence is possibly going to win the game.

“They are going to get the ball at some point and you we just have to make sure that it is in the right area of the field and close to their 22.

Pollard said he is looking forward to facing the likes of Damian McKenzie.

“He is a world-class player and I am glad he is back and playing again. It is lovely to come up against players like him so that you can measure yourself against quality‚” the flyhalf said.

For the visit to the SA capital‚ the Chiefs sprung a surprise by naming Jack Debreczeni at flyhalf. Assistant-coach Nick White said he Debreczeni would be influential.

“We have been keen to get him out there but just with his injuries we haven’t been able to do that. At 10‚ he’s a pretty smart sort of character‚ he’s got a great boot on him‚” White said.

“So‚ it’s a good chance for him to step up and lead the team‚ put us in the right parts of the field and run our game.”