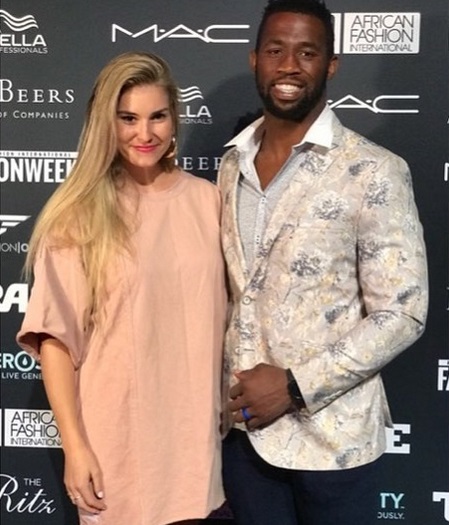 New Springbok captain Siya Kolisi has revealed that his wife Rachel put the phone down on him when he called to tell her that he had been appointed to lead his country against England in three incoming Tests next month.

Kolisi said his wife could not believe what she was hearing and she dropped the phone.

“When I told my wife‚ she put the phone down on me‚" he said.

"But she called me back and asked me to repeat what I was saying.

"Obviously it was before it was announced but she was so happy that she wanted to tell people.

"But I told her to keep it to herself.

“I have spoken to my family back home and everybody is happy for me.