Thakur proves his worth in India's triumph 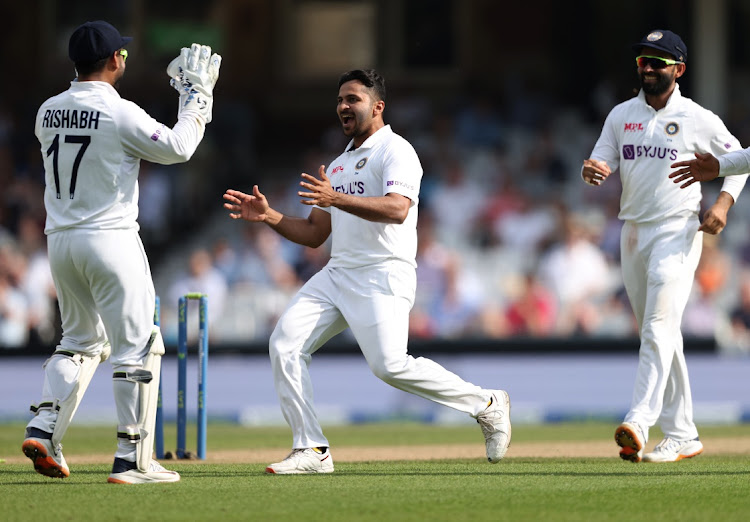 Shardul Thakur of India bowls out Joe Root of England during day five of the fourth LV= Insurance Test match between England and India at The Kia Oval.
Image: Julian Finney

London - Rohit Sharma took the player-of-the-match award and Jasprit Bumrah produced what pundits called the "spell of the summer" but Shardul Thakur's role was no less important in fashioning India's victory in the fourth test against England on Monday.

The team led by Virat Kohli produced a bowling masterclass on a flat deck at The Oval to prevail by 157 runs and go 2-1 up in the five-test series.

"I thought Shardul's was a match-winning effort. To be honest, he deserved the Man of the Match as well for the performance he put," Rohit said after collecting his award.

Put into bat, India were 127-7 when number eight batsman Thakur launched a spectacular counter-attack to top-score for his side with 57.

The 36-ball blitz not only lent respectability to the Indian total but also lifted the morale of a team, who had been let down by their frontline batsmen.

With the ball in hand, the right-arm bowler dismissed Ollie Pope, whose 81 was the highest score in England's first innings.

Thakur made a breezy 60 in the second innings and claimed two crucial wickets to clear the path for India's victory.

Chasing 368, England were cruising at 100 for no loss when Thakur dismissed Rory Burns to break the stand.

The 29-year-old, dubbed "Lord Shardul" by fans on social media, effectively sealed the match when he dismissed England's in-form captain Joe Root for 36.

Ruthless India demolish England to go 2-1 up in series

Spinner Ravindra Jadeja combined with his seam bowling team mates to bowl India to an emphatic 157-run victory over England in the fourth test on ...
Sport
2 weeks ago

India opener KL Rahul was fined 15% of his match fee for protesting against the umpire's decision during his dismissal in the fourth test against ...
Sport
2 weeks ago

India captain Virat Kohli said his players are hurting after losing the third test against England at Headingley by a big margin but are not ...
Sport
3 weeks ago
Next Article