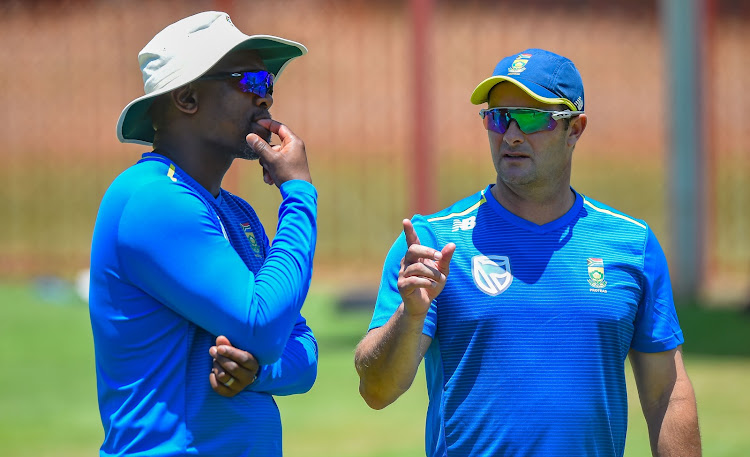 The Proteas will leave for Sri Lanka for a six-match white-ball series this week but may do so without their assistant coach Enoch Nkwe for the three-match ODI series and three T20Is in Colombo from September 2 to 14.

TimesLIVE can exclusively reveal that Nkwe has quit the Proteas and stated in his resignation letter that the working environment within the team management has become a contaminated space for him to continue to work in.

Efforts to reach Nkwe on Monday were unsuccessful, but several sources close to the situation have confirmed his resignation, saying the Cricket South Africa (CSA) board asked the assistant coach to reconsider.

“Enoch wrote a letter of resignation and handed it in. The board, after hearing of his resignation and reading the contents of the letter, refused to accept it and instead summoned the assistant coach to come and state his case before them, because his reasons for leaving are serious and very concerning,” said an insider.

Nkwe’s main gripe, according to the insider, is that he feels sidelined from the running of the Proteas and is not involved in the decision-making within the team.

“Nkwe feels that his inputs as assistant coach are not valued and taken into consideration. He feels he has been reduced to being a ‘cones boy’. He does not feel he is part of the team.

“The other concerning issues is discipline within the Proteas, which Enoch is not happy with.

“The conduct of some senior players and members of the team management in terms of discipline leaves a lot to be desired,” said the source.

It's alleged that the Proteas team are “riddled with divisions” and squabbling with administrators, players and coaches afraid to speak out for fear of victimisation.

The Proteas white-ball squad assembled at the North West University Sports Village in Potchefstroom on Sunday to begin preparation for their tour to Sri Lanka.

Bowling coach Charl Langeveldt and fast bowler Junior Dala will no longer take part in the tour due to Covid-19 protocol-related reasons.

Dala has been replaced by Lutho Sipamla and Titans head coach Mandla Mashimbyi will replace Langeveldt, while Justin Sammons has been called up into the management team as a batting consultant.

The team departs on Wednesday, August 25, and it is not clear if Nkwe will be part of the travelling party.

Nkwe’s resignation is viewed as a serious matter and is now being discussed at board level.

CSA board chairperson Lawson Naidoo said he was in afternoon meetings when contacted for comment on Monday, but TimesLIVE has already corroborated Nkwe’s resignation with more than five independent sources.

Naidoo was asked via a WhatsApp text when would be a good time to phone him again but has not yet responded.

The 38-year-old Nkwe is one of the most qualified and successful coaches in the country.

After a disastrous World Cup in 2019, Nkwe was rewarded for his success and named as SA's interim coach for the tour of India, which comprised of three T20Is and three Tests, in September of that year.

With a depleted team after the retirements of Hashim Amla, Imran Tahir, JP Duminy and Dale Steyn after the World Cup, the Proteas lost the Test series 3-0 and drew the three-match T20Is 1-1.

Ahead of the incoming tour of England in December 2019, one of the first things the newly appointed CSA director of cricket Graeme Smith did was to demote Nkwe and replace him with former Proteas teammate Mark Boucher, who did not hold the required coaching licence to be in charge of a national team.

In May, Nkwe missed the Proteas team for the tour of the West Indies for a two-match Test and five-match T20I series.

CSA said at the time that Nkwe was on family responsibility leave and he was replaced by  Boucher’s former assistant at the Titans Mashimbyi for the Caribbean tour.

Nkwe returned for the tour of Ireland in July, but the source alleged that there was a lot more to the assistant coach’s absence for the trip to the West Indies than meets the eye.