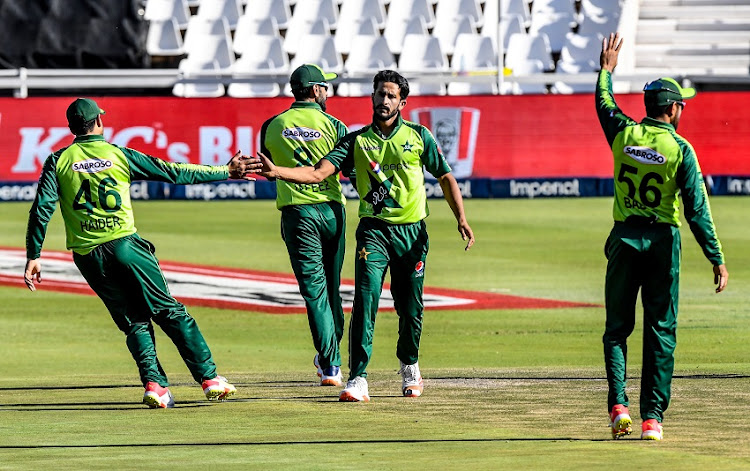 Pakistan beat South Africa by four wickets in the first T20 played at the Wanderers on Saturday afternoon to take a 1-0 lead in the four match series.

Proteas won the toss and chose to bat and they managed to put up an above average score of 188/6 with Makram and Klaasen scoring their half centuries and Beuran Hendricks ending with figures of 3/32.

The score proved to be not enough and largely as a result of their poor batting display in during the last five overs where Pakistan bowlers recorded impressive figures of 3/37 to restrict the Proteas from posting a bigger total.

With ball in hand, Proteas were mostly not tight and accurate enough as they allowed opener Mohammad Rizwan and middle order batsmen Faheem Ashraf and Hasan Ali to get away in the closing stages and lead their team to victory with a ball to spare.

The Proteas, who played with three debutans in Wihan Lubbe, Sisanda Magala and Lizaad Williams, will be looking to bounce back and level the series at 1-1 in the second match to be played here at the Wanderers on Monday.

In the chase, Pakistan lost the early wickets of top order batsman in the form of inspirational captain Babar Azam (14), Fakhar Zaman (27) and Mohammad Hafeez (13) but Rizwan, Faheem and Hasan Ali held things together until they crossed the line.

Rizwan was the star of the batting show for Pakistan as he maintained composure despite some of his team-mates falling during their innings to finish his shift unbeaten on 74 off 50 with Faheem adding a crucial 30.

For the Proteas, Beuran Hendricks was the toast of the bowlers as he returned with three wickets and he was supported by Tabraiz Shamsi with two and Williams with one on his debut.

With the bat for the Proetas, the stand outs were Markram and Klaasen and the other notable contributors to the scoreboard were Pite van Biljon with 34 and Janneman Malan with 24.

Mohammad Nawaz and Hasan Ali were the main destroyers for Pakistan with two wickets each while Shaheen Shah Afridi and Haris Rauf contributed with one apiece from their shifts.