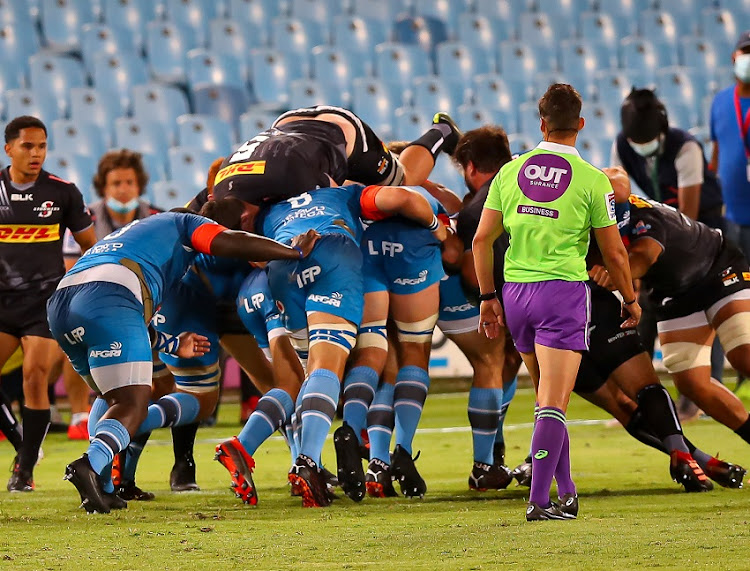 Next weekend’s Currie Cup match between the Bulls and the Lions in Pretoria is in serious doubt after an outbreak of Covid-19 cases at Loftus this week.

On Thursday‚ SA Rugby cancelled the fourth round match between the Griquas and the Bulls in Kimberly on Saturday after players and management from the Bulls set-up tested positive for Covid-19.

The affected players and staff members have gone into ten days mandatory self isolation and the rest are in quarantine and this situation has brought into question whether next weekend’s the match against the Lions will go ahead or not.

Reacting to the news of the outbreak among their staff and players‚ Bulls CEO Edgar Rathbone said they will only know early next week whether their match against the Lions will go ahead as planned.

“It is tough to say right now‚ we will only be able to make the call following testing on Monday‚” said Rathbone who added that some of the players and staff members have showed varying symptoms.

“There are unfortunately a few of the players and staff members who are showing symptoms. There is concern if someone does show symptoms but we are managing the situation as best as possible. Unfortunately we are not in a position to reveal the names of the affected persons because this is private medical information. So‚ we would rather not disclose that.

“We need to do some work around the source of the infections but I think this is the reality of the tournament. As soon as you travel and stay in a hotel together as a squad the risk is there. I think it shows now‚ in the first part of the competition we spend four of the six weeks at home which makes it less tricky in terms of spreads. As soon as you start travelling and stay in hotels‚ even if you are staying in single rooms‚ that is where the problem comes in.” Rathbone further explained that the spread could have been worse but they did not train on Monday and Tuesday this week. “What’s important is that we test on Tuesday morning and get results that night or Wednesday morning. We didn’t train on Monday and Tuesday which limited the risk of further spread‚ obviously you need to do further testing and more tests came back positive.

“That’s why for ten days‚ the infected persons must be isolated and in quarantine and we will do further tests on Monday morning. After that we will only be able to make the call on the next match following the testing. In terms of SA Rugby protocols‚ it is also important that if positive cases infiltrate your front row then your contact tracing becomes a bit more complicated and that’s where the match gets called off.”