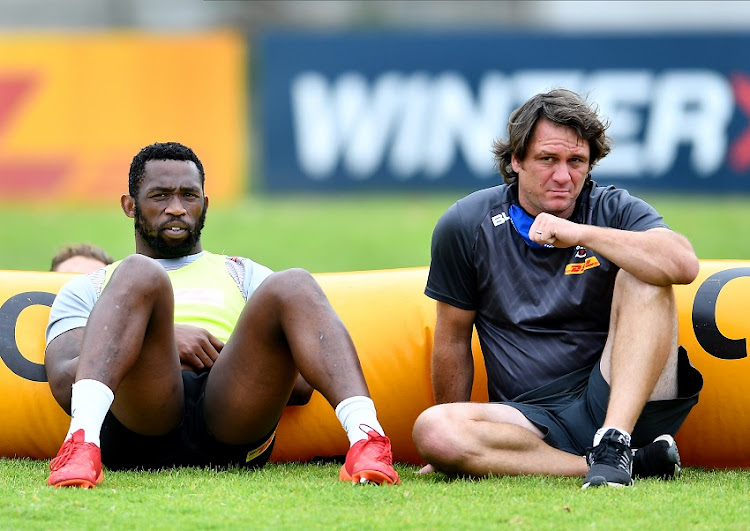 The future of Siya Kolisi and the rest of Western Province's hefty Rugby World Cup-winning contingent will be in the balance some time next year but no one is leaving just yet.

WP coach John Dobson admitted there is a lot of speculation around the players' future but insisted that Springbok World Cup-winning captain Kolisi is going nowhere‚ for now.

“There are a lot rumours at the moment and a lot of smoke. So much smoke that you must suspect fire. Nobody has told me officially that they are going yet. I know Harlequins are after a couple of our forwards. There is Siya maybe being in demand elsewhere in South Africa. There is the perpetual rumour about Damian Willemse going to the Bulls‚” said Dobson.

It is widely anticipated that several Springboks across the country will take up lucrative deals overseas after next year's tour of the British and Irish Lions.

“There is a lot of smoke but the window isn't open for those players for a couple of months still‚” reminded Dobson.

Kolisi is believed to be on the Sharks' shopping list. The reason he may be the object of their affection is the rumoured change in strategy of MVM Holdings who had been in talks to buy a controlling stake in the professional arm of WP Rugby.

WP have been lukewarm to their advances and the American group is said to have shifted their focus up the coast to the Sharks.

Michael Yormark‚ who is part of the consortium is also president of entertainment based agency ROC Nation‚ who represent Kolisi.

“Siya is our leader. It is a distraction. I said to Siya 'do we need to have a chat?'. He said 'let's get through Friday (WP play the Pumas at Newlands)' which is the responsible and mature thing. There is nothing formal. There can be nothing formal until the contracting window starts. At this stage I think the Siya thing is just smoke.”

Apart from the retention of his World Cup-winning talent‚ Dobson is equally keen to retain talent at the other end of the experience pool.

“David Meihuizen is a player in high demand overseas‚” Dobson said of the 23-year-old lock.

“He qualifies for a couple of countries. If we don't play him it will be harder to retain him. We see him as a player with a big future.

“David is a guy that has to make a call on his future. We want really want to keep him here.

He is eligible for England and Scotland. He is in high demand from Scotland. They have been formal approaches over the time by his agent. In Scotland if you get a 2‚08m and 123kg that is a big unit. They have offered him a fortune.

“I can't wait until next year and David Meihuizen comes to me and says 'I got 30 minutes in the whole Currie Cup‚ and it is not enough for my development'. I have to be cognisant of that.