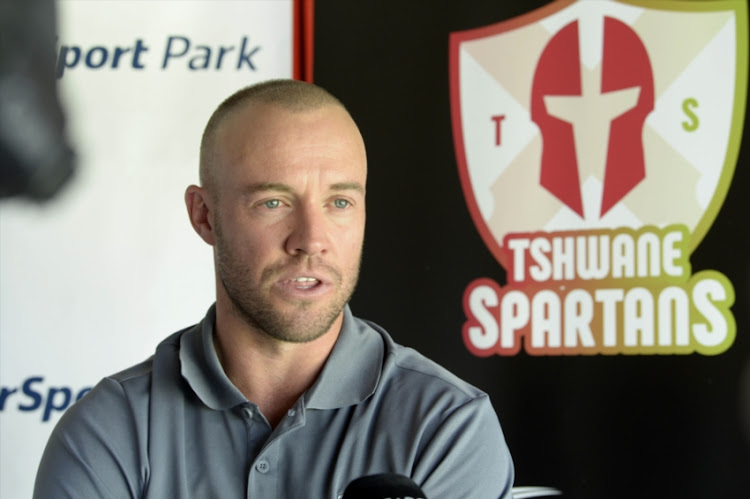 Former Proteas batsman AB de Villiers may be excited by the return of cricket through an innovation called 3TeamCricket but discussions about a proper return to play are still ongoing with Cricket South Africa (CSA).

De Villiers‚ who last played international cricket for South Africa in March 2018 before he retired‚ has been in discussions with CSA on returning to the national team ahead of October’s Twenty20 Cricket World Cup in Australia.

“With regards to the decisions about involvement with CSA over the next 12 months‚ they haven’t been taken yet.

"That’ll happen over the next few months once we get back on the park and start playing cricket again.

"I’ve had some discussions with director of cricket Graeme Smith and Team Director Mark Boucher in the last few months‚ but nothing has been decided yet‚” De Villiers said.

“It would be silly to make decisions in the middle of the lockdown when no one knows where we’ll be heading with cricket. Discussions will open up over the next two months.”

The 3TCricket is a novel cricketing venture where three teams will be playing at the same time at SuperSport Park in Centurion on June 27.

The tournament will consist of three teams of eight players each.

They will be playing for the Solidarity Cup while the tournament will be SA’s first cricket venture since live sport was suspended in March due to the Covid-19 pandemic.

Domestic cricket in SA had already been halted by the time the lockdown came into effect in March.

As a non-contact sport‚ cricket has been allowed to train and return to play under Level 3 lockdown regulations.

The teams will feature most of the Proteas players and excelling franchise cricketers but without Dale Steyn‚ who Smith said was unavailable.

While the tournament will be televised on SuperSport‚ Pienaar said discussions will still have to take place on whether it will be available on SABC.