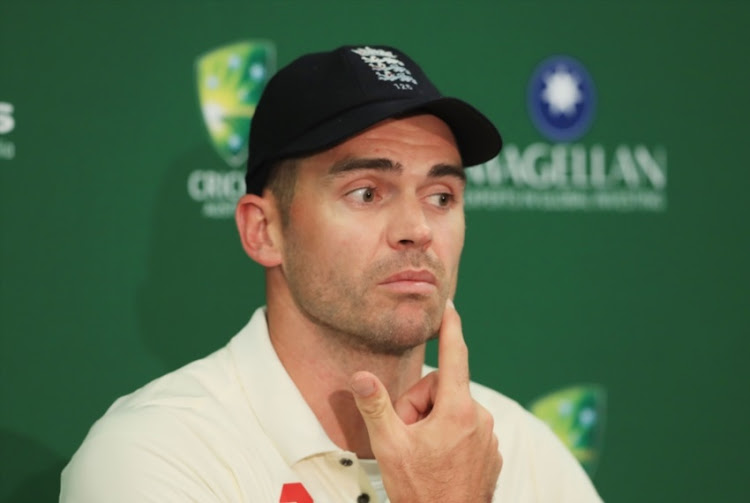 James Anderson is enjoying his cricket at the moment.
Image: Mark Evans/Getty Images

A fit and firing James Anderson is a critical component for England ahead of what will be a challenging four-Test series against South Africa.

Anderson last played a Test in the first Ashes game against Australia in Birmingham.

The calf strain he picked up in that game ruled him out of the series‚ but the two-day game against Cricket South Africa’s Invitational XI was his first field outing since the Birmingham Test.

At 37‚ he has to nurse himself through each game as his longevity slowly becomes an issue.

Anderson‚ who has yet to bowl in tandem with England’s fastest bowler‚ Jofra Archer‚ said he’s looking forward to bowling with Archer and Stuart Broad when the chance arises.

“I’m just looking to force my way back into the side. That’s all I’m thinking about. If I get the chance to bowl with Jofra‚ that’d be nice and I’ve missed bowling with Broady. Watching them from the sidelines has been tough this past summer‚” Anderson said.

“You just want to be out there enjoying the moments with them. I’m hopeful that I can get my fitness up to speed and bowling well enough to be picked.”

Should Anderson get through the three-day game against South Africa A that starts tomorrow‚ he’ll be in line to play in his 150th Test for England when the Boxing Day Test comes around.

Since he made his debut against Zimbabwe in 2003‚ Anderson’s gone through the ups and downs to become the leader of England’s attack.

However‚ he’s not looking too far ahead of himself as he needs to get through the weekend game before he can entertain thoughts of a landmark Test.

After all‚ England’s management have bowling worries with Archer‚ Broad and Jack Leach floored by a bug that’s sweeping through the England side.

A late call on their match readiness will be made on Friday morning.

Anderson is hopeful for match action on Friday so he can be considered for next week Thursday’s Test.

“I hope to play on Friday. We’ve got a few men down with illness so it may not be a difficult team to pick. I’d like to be in the team if I have any chance of making the Test team. I need to play the three-day game‚” Anderson said.

“It’s really good to have that first-class status before a Test series. It’s good to create that intensity that you need and there’s a bit more on it with the lads going out harder with bat and ball. It means that bit more.”

Anderson took 1/37 in an 11-over spell against the CSA XI‚ something the bowler said he needed.

The rustiness was there in his first five-over spell‚ but he was able to get into the groove after lunch.

Anderson said his match readiness got better as the game progressed.

“I’m not far and the second spell I bowled after lunch I felt in much better rhythm. As much as you bowl in nets and in the middle‚ you can’t recreate that match intensity. I think I was a little bit off the pace in the first six overs‚” Anderson said.