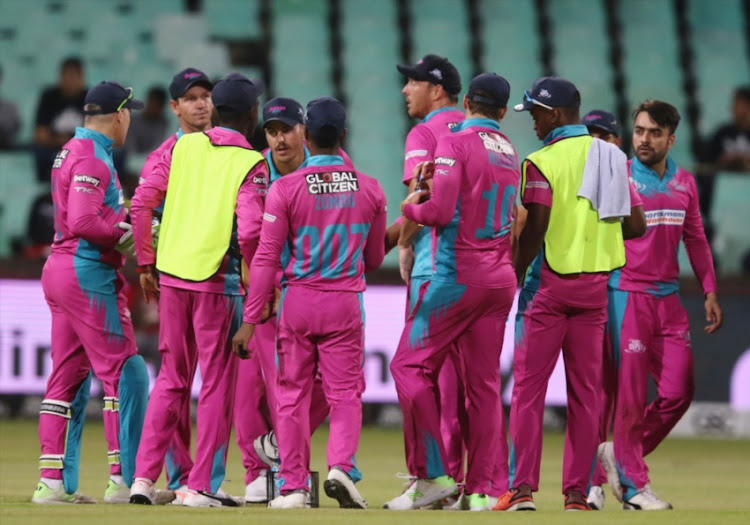 Durban Heat were supposed to be the spice of the Mzansi Super League.

At best‚ they have been mild and their lukewarm exit because of Durban's notoriously capricious summer weather after Wednesday night's game against the Nelson Mandela Bay Giants was washed out summed up their tournament.

To blame the weather would be besides the point.

A team that's won only one out of seven games in a 10-match tournament doesn't deserve to be anywhere close to a play-off spot.

Not even Rashid Khan's belated appearance with his skiddy and confusing leg-spin could cajole the Grant Morgan's side before the weather closed in for good at Kingsmead.

Their star Proteas limited overs batsman David Miller was frank in regards with their batting failures that have affected their campaign.

In matches where they batted first‚ which they've done thrice‚ their highest score was 157 against the Cape Town Blitz in a game they went on to lose.

When chasing‚ their best was 177 in a losing cause against the Jozi Stars.

“Look we have been a long way off the mark the whole competition. We haven’t fired in a lot areas and we can’t really find an explanation for it‚” Miller said.

“It is definitely not through a lack of effort or lack of preparation or not putting in the yards at practice. We have all been pulling our weight but it’s been hugely disappointing so far for us.”

Their next three games‚ starting with Friday afternoon's home encounter against the Jozi Stars‚ are merely of academic interest from a log perspective.

The Heat can only finish on a maximum of 21 points‚ which with their current net run rate (-1.15)‚ can only lift them to third.

Miller though said they need to finish the tournament on a high and accrue any points that come their way.

“We want to play with a lot of pride over the next three games and finish with four wins out of our ten matches in the competition.

"We just need to win our next three games‚” Miller said.

“Whatever that does to the table isn’t anything that we are concerned about and we are just hoping for a full forty overs this Friday.

"The Stars seem to be a side that is starting to peak at the right time which is a good sign for them but we are going to regroup and focus hard on Friday’s match.”