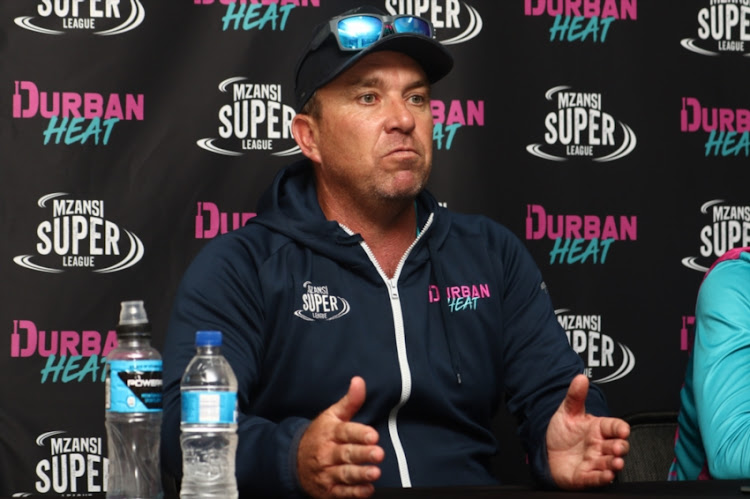 Durban Heat may only have one win in three matches to show for their Mzansi Super League efforts but their coach Grant Morgan is refusing to panic.

While they were astute in collecting a rain-affected win against the Tshwane Spartans‚ Durban Heat were well beaten by the Nelson Mandela Bay Giants and the Cape Town Blitz.

Morgan's side will be hosting a buoyant Paarl Rocks side at Kingsmead on Wednesday.

The Cape Winelands side handed their peninsula rivals the Cape Town Blitz a thorough beating on Sunday after their own iffy start.

Aside from their nine-wicket hammering against the Giants‚ Durban Heat have played some smart cricket but Morgan said his senior players need to put up their hands.

Durban Heat are currently fourth on the log with four points with a better net run-rate putting them ahead of the Rocks and the Spartans.

“We want more as a team but we refuse to panic.

"We must be better as a team when we execute and we do want one player to push the boundaries and do what Faf du Plessis did for the Paarl Rocks against the Cape Town Blitz.

"The commitment has been there from the top six but it hasn't happened that way for now.

While star all-rounder Albie Morkel is doubtful for Wednesday's outing with injury‚ Zimbabwean leg-spinner Brandon Mavuta has joined up with the team.

Mavuta's ODI career started in South Africa at the end of September when he acquitted himself well in the limited overs tour despite Zimbabwe losing all their games.

The 21-year-old leg-spinner said he was in practice during Zimbabwe's recent tour of Bangladesh when he got the news that'll he'll be taking part in the Mzansi Super League.

“I was in practice during the tour of Bangladesh and when the news came in‚ it was unbelievable I actually saw it on Twitter and I was like‚ 'Ok‚ it's real now‚'” Mavuta said.

“I was really excited when I got the news and I couldn't wait to be in Durban Heat's colours.”