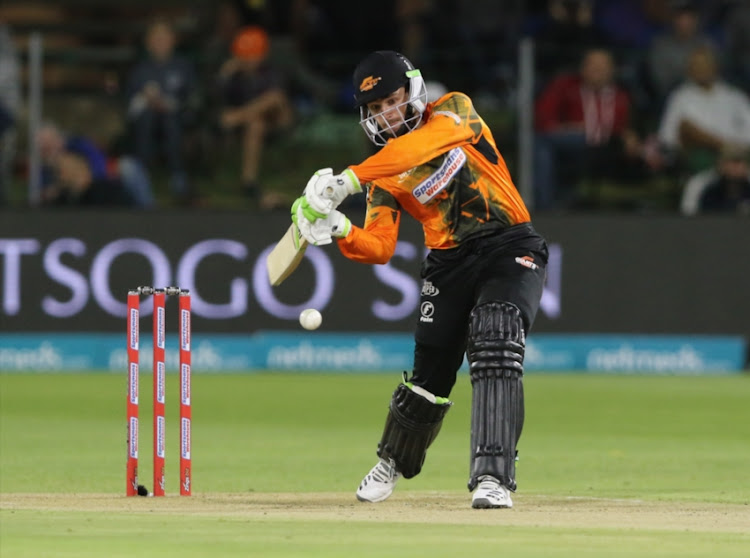 The 25-year old Marais‚ who was picked in the 10th round of the MSL draft and is one of the many semi-professionals in the tournament‚ has been impressive for the Eastern Cape-based franchise.

On Sunday he top scored for the Giants with a knock 47 off 41 in their seven runs (D/L method) win over the Tshwane Spartans in Pretoria as they moved to second spot on the log and he is holding his own against established internationals like Dale Steyn and AB de Villiers.

“It is amazing to be playing against players like AB (De Villiers) and Dale (Steyn)‚” he said after his man-of-the-match performance at SuperSport Park.

“Two months ago I was playing semi-professional cricket and now I find myself standing at the non strikers end and AB fielding at mid-wicket.

"It is amazing for the younger players‚ especially the guys who have not played a lot of franchise cricket‚ get exposure to this level.

"I had to face Dale Steyn the other night which wasn’t fun. I was thrown into the deep end because the coaches wanted to see if I can swim and fight for myself.”

Though he is largely unknown‚ almost a year ago he shattered a 97-year old world record with the quickest triple hundred in first-class cricket history when he scored 300 (not out) off 191 balls in a three-day match for Border against Eastern Province in East London.

He bettered the record that was held by Australia’s Charles Macartney who took 221 balls to reach his 300 for Australia against Nottinghamshire in 1921.

Other semi-professional players who have caught the eye are bowlers Anrich Nortje of the Cape Town Blitz and Lutho Sipamla of the Spartans with eight and seven scalps after four rounds of matches.

Marais said he had to adjust quickly.

“A lot of people have different opinions about the difference between semi-professional and franchise cricket‚ but I think the wickets are a lot quicker at this level‚" he said.

"In semi-professional cricket‚ you mostly face pace of about 120 to 130 but it is more about getting used to facing the more experienced fast bowlers.

"The ball comes to the bat a lot quicker and you have to adjust. I would say as a batsman the pace is something to get use to.”

Looking back at his performance against the Spartans‚ Marais said it was not easy to score because the SuperSport Park pitch was two paced.

“The pitch was a little bit two-paced and difficult to score in the first six overs‚" he said.

"I know when you come here wickets normally have bounce and carry.

"I feel that people over complicate T20 cricket‚ I know that you have to adjust your game plan whether it is in the coast of Highveld‚ but you must back your skills.”