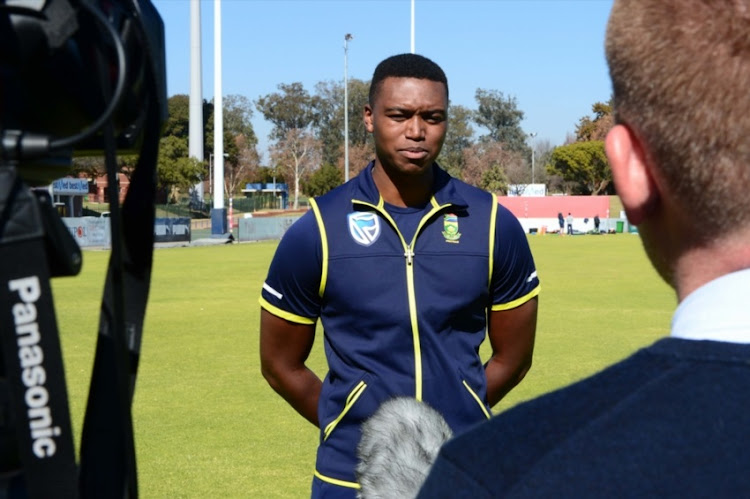 Proteas fast bowler Lungi Ngidi is hoping that the experience he gained in the sub-continent while playing in the IPL recently will come in handy when South Africa take on Sri Lanka next month.

He will be part of the Proteas’ Test fast bowling attack against Sri Lanka‚ which also includes the experienced Vernon Philander‚ Kagiso Rabada and Dale Steyn.

“Obviously the conditions are similar‚ I am just looking to use all the information I got in India to help the team as much as I can if I get a chance to play against Sri Lanka‚” he said during Proteas’ fast bowling camp at the University of Pretoria on Tuesday.

“The lengths and lines that you bowl are very crucial on those conditions and reverse swing is going to be a massive factor‚ so I have to make sure that I nail down those skills‚” he added when asked about the technical specifics he learned in India.

The return of Steyn to the team comes after Morne Morkel’s retirement and Ngidi said there is a place in the fast bowling unit to fight for.

#Proteas fast bowler #LungiNgidi talking about what he is expecting in #SriLanka. pic.twitter.com/yhSy6m4h2Y

“This tour is important to me personally on many levels because with the retirement of Morne (Morkel)‚ I know there is a place available for a fast bowler in the side‚" he said.

"We all know that we are competing for that position and it has been made clear to us that we must earn it.

"It is important for me personally to go out there and stamp my authority.

“I have been watching Sri Lanka in their ongoing series against West Indies because you have to study the opposition.

"They have a good batting line up and their spinners will definitely come into play on their own conditions‚ but we also have skillful bowlers.

"We always like to put up our hands as fast bowlers to set the tone of the match because we are the ones who open the bowling.”

During his impressive stint in the IPL‚ Ngidi played under revered Indian middle order wicketkeeper/batscaptain MS Dhoni and he learned a lot from one of the best in the business.

“He actually doesn’t say much but just having someone like him as a captain... you just want to impress‚" he said.

"It is the same with Faf du Plessis when I am playing for South Africa even though he is not as quiet as MS.

"With MS around‚ the guys automatically up their game and it shows on the field as he makes you learn faster because he does not talk that much.

"You kind of have to figure out what he is thinking and that gets you thinking all the time.”