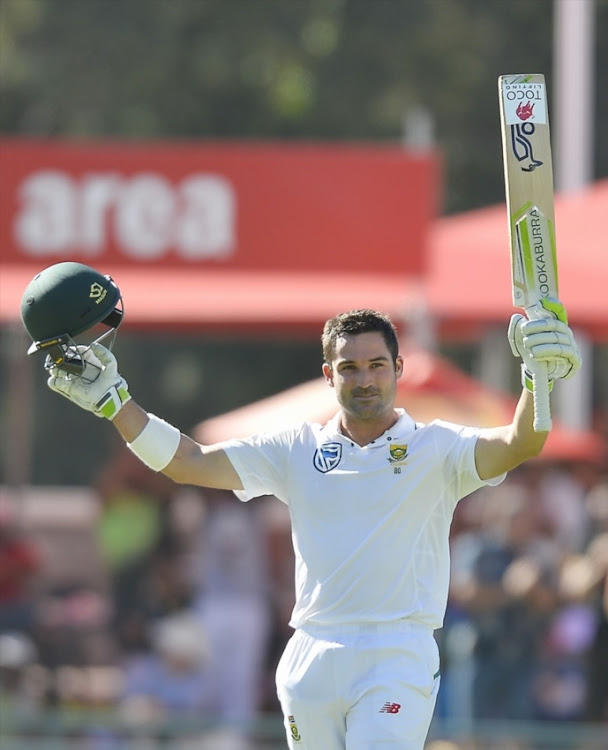 Proteas Test opener Dean Elgar is a little bit “sick and tired” of having to prove that he belongs at the highest level.

While his Test credentials are no longer in doubt‚ he is rightly unproven in ODI cricket but his List A track record cannot be snarled at.

However‚ that same number four spot was occupied by the now retired AB de Villiers‚ who pretty much ensured he was irreplaceable in the position.

However‚ the game has to move on and South Africa has to find new heroes for their 2019 Cricket World Cup assault. Elgar has played in six ODI's‚ five of them in the United Kingdom in 2012 without making much of an impact.

“I've got a lot of experience even though people have written me off in terms of white ball cricket‚ which is quite annoying because I don't like proving myself every year. I'm a little bit sick and tired of that and I'm available for that format and I love playing that format. I've played more of it in England than I have in South Africa‚” Elgar said.

“It was always going to be unexpected when AB retired‚ even if he was 50. It's a massive hole but there's still a massive opportunity with a number of young players who are coming through. It's not the be-all and end-all of South African cricket.

“The game is going to move forward and there are guys who are going to put their hands up throughout the next South African summer. Losing AB is a big thing but cricket hasn't come to a standstill.”

Elgar will be one of a few senior players who have grand re-collections of their tour to Sri Lanka in 2014 where his 246-ball 103 in the first Test in Galle laid the platform for South Africa's 153-run win.

That success was their first Test victory in Sri Lanka since the 2000 miracle in Kandy where South Africa somehow burgled a seven-run win. South Africa also won the ODI series in the 2014 sojourn over the strong Sri Lankan side that included Kumar Sangakarra and Mahela Jayawardene who the batting spine of that unit and those two legends haven't been adequately replaced.

Elgar though is aware of how Sri Lanka have ambushed complacent touring sides on their beautiful island.

“You can never write off Sri Lanka in their home conditions. They're a dangerous side and we bore witness to that last time we were there. They're a massive threat to be reckoned with but they're also in a rebuilding phase and I'm sure the players will want to make a point for themselves come the next series‚” Elgar said.

“We're not going to take it very lightly when we're there because the series will be up for grabs and we want to win the series.”