Ex-IBF champ to take on obscure Filipino next month 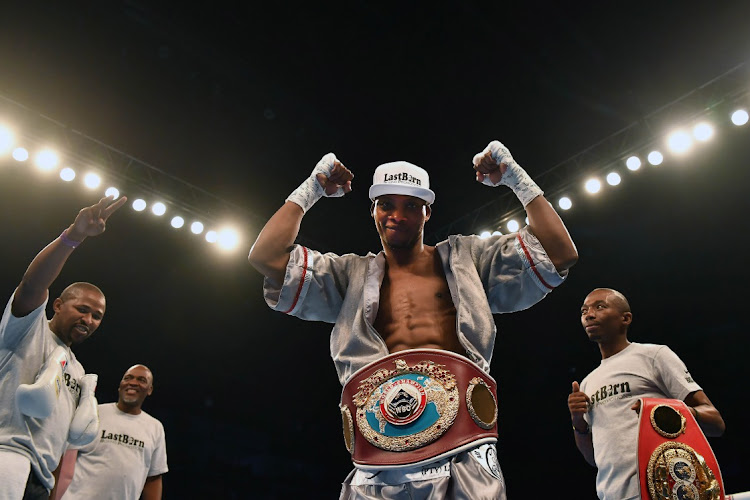 Tete’s last ring appearance was on November 30 2019 in Birmingham, England, where he lost the WBO bantamweight title to Johnriel Casimero of the Philippines.

“I wanted to get my ducks in a row to avoid the disappointment of having to face the world should the fight not happen,” Kungwane said.

“Now I am confident to can pronounce that Tete will be fighting in my bill against Jelbirt Gomera.”

Jelbirt is a little-known Filipino who has 14 wins in 22 fights.

“I am excited that I am the person who is making it possible for Tete to fight at home,” said Kungwane. “It has always been my wish and dream to be the one giving such an opportunity. His return is definitely taking place in our last tournament of the year.”

The tournament at Vodaworld in Midrand on November 28 could see careers take off or end. Kungwane said it is in support of the annual 16 Days of Activism Against Gender-based Violence.

The main bout is between Athenkosi Dumezweni and Lindile Tshemese for the vacant SA bantamweight title. The confirmation by Kungwane that Tsiko Mulovhedzi, who has not fought since 2019, will make a return against hard-hitting Onke Duku is frightening.

Mulovhedzi, who is trained by Charity Mukondeleli, is ring rusty and needed a softer opponent. Duku hits hard like a mule. Trained by Lucky Ramagole, he demolished Farady Mukandila in three rounds in September.

In another scary fight, tough-as-nails Khaya Busakwe will defend his Gauteng lightweight title against Talent Baloyi, a newcomer who has potential to grow if guided carefully. Gifted but unlucky Mfusi Maxhayi could be too much for Lucky Monyebane while Rushda Mallick will welcome Zimbabwean Sindiswe Ncube in the only female bout.

“This tournament is likely to keep fans on their feet from the first until the last bout,”  Kungwane said.

Duduzane Zuma has been bitten by the boxing bug and he wants no cure. He confessed in an exclusive interview with Sowetan in Pietermaritzburg where ...
Sport
1 month ago

Former and present SA boxing champions who were owed championship belts could celebrate Christmas with Boxing SA’s belts wrapped around their waists, ...
Sport
1 month ago

Khensamahosi Makondo could have boxed himself into contention for the SA junior middleweight title when the hard-hitter from Malamulele flummoxed ...
Sport
1 month ago

Award-winning boxing manager Colin “Nomakanjani” Nathan has outdone himself by not only successfully negotiating that Azinga Fuzile fight for the ...
Sport
1 month ago
Next Article