'Ndobayini won't beat me in my own backyard'

Mokebisi promises to make full use of home advantage 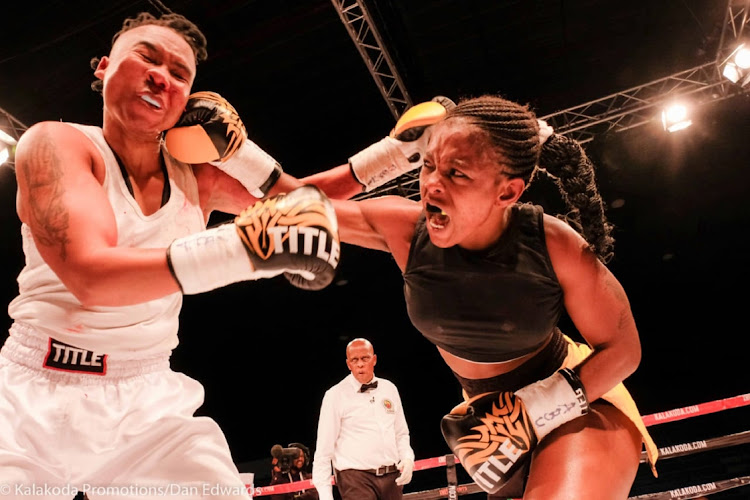 No one in their right mind would allow another person to bully them in their own kraal irrespective of their stature, warned boxing veteran Matshidiso “Scorpion Queen” Mokebisi ahead of her first professional match in her Kroonstad hometown on Saturday night.

Based in Johannesburg, where her fighting skills are polished by Manny Fernandez, the 31- year-old Mokebisi will be involved in her first professional boxing match in her neighbourhood courtesy of promoter Lebo Mahoko whose Dream Team Promotion will stage a tournament, “Festive Thunder” at Maokeng Hall. Mokebisi said the venue is about 20 minutes away from her home.

A former SA and WBF International junior featherweight and ABU SADC featherweight champion who holds the Gauteng junior welterweight belt, she has been a professional boxer since 2008.

“I have fought in Bloemfontein and Welkom but have never fought in my backyard,” she said yesterday. “It’s happening this weekend and I cannot allow [Kholosa] Ndobayini to take that shine away from me. I will beat her up.”

They will be meeting for the second time, having met on October 30 at Turffontein Racecourse, where Mokebisi defeated Ndobayini on points over eight rounds for the Gauteng junior welterweight title. Their fight on Saturday is a six-rounder in the lightweight class, where Ndobayini, from the Eastern Cape, rules with an iron fist as the national champion.

“The sad thing is that there will be no fans to see me in action,” decried Mokebisi. Fans in boxing remain banned due to Covid-19 lockdown regulations. Ndobayini fought Mokebisi under difficult circumstances after her trainer in Johannesburg, Lionel Hunter, passed away three days before their fight. An overweight Ndobayini gave her best, which was not enough to convince the judges.

Topping the card on Saturday will be the battle for the vacant ABU junior lightweight belt between Koos “The Last Great Warrior” Sibiya from Siyabuswa in Mpumalanga and Anthony “Homeboy” Moloisane from Bloemfontein.

Sibiya is trained in Johannesburg by Bernie Pailman while Moloisane’s capabilities as a fighter are fine-tuned in Gauteng by Sechaba Mabuya.

There will be two more fights and action is scheduled to begin at 7pm.

The gradual redevelopment of Thulani “Evolution” Mbenge continues as he embarks on a journey to win back all the titles that he held previously ...
Sport
1 year ago

Boxing has become a way of life for Ronald “King” Malindi and the reigning South African bantamweight champion has vowed to fight from dawn until ...
Sport
1 year ago
Next Article