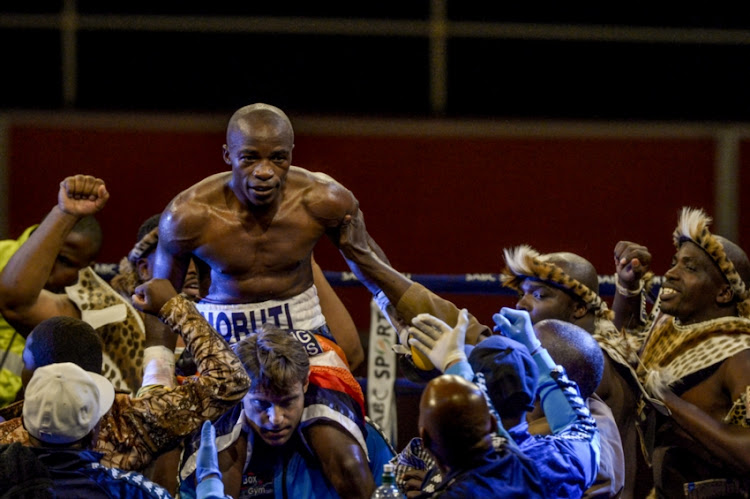 Moruti "Baby Face" Mthalane has welcomed the news that the IBF Championship Committee has ordered him to make the mandatory defence of his IBF flyweight title against No 1 contender Japanese Masayuki Kuroda in May.

The 36-year-old from Lindelani in Durban‚ whose career is guided by trainer Colin "Nomakanjani" Nathan in Johannesburg‚ will face the 32 year old Kuroda in Tokyo on May 13.

"I can simply say that it is great to get fights one after the other compared to what happened to me in past years where I spent almost two years without action when I still held the IBO title‚" said the formidable champion.

Mthalane's work ethics inside the roped square makes one wonder if he is indeed 36 years old and he still does not show any signs of wear and tear.

He retained his IBF flyweight belt with a 10th round stoppage of Masahiro Sakamoto in Macau‚ Hong Kong‚ on New Year's eve.

His marauding style of fighting was just too much for the 27 year old Japanese who unfolded in the 10th round.

"I like it when I am busy and I can say I am excited that I will be defending my title again‚" he said.

"I don't know the man I will be facing.

One of those losses was against accomplished Filipino Nonito Donaire in Las Vegas 11 years ago.

"I think Kuroda deserves to be the mandatory challenger."

Mthalane said he would get down to the serious business of watching Kuroda's fights and see what he is made of.

"But I must say that I am ready to face anybody in my division.

"I will start preparing for fights as from now‚" he said.

Nathan whose No Doubt Management produced an IBF straw weight last weekend when USA based Deejay "Bamooza" Kriel from Boksburg won that belt in his debut in the land of the dollar - said:

"These are very exciting times for South African boxing with our fighters fighting for legitimate world titles.

"Just last week one of the many fighters I manage Deejay Kriel won the IBF mini flyweight title in the USA‚ so‚ ja‚ I am excited."

"Mthalane got the highest pay of his career in Macau‚" said Nathan without divulging the digits.

"I saw Kuroda's fights and he's tough. This will be a good fight for Moruti and it is a must win one for him‚" said BSA's 2017 trainer of the year in his parting shot yesterday.