BSA to publicise details of cancelled tourneys in counter-offensive 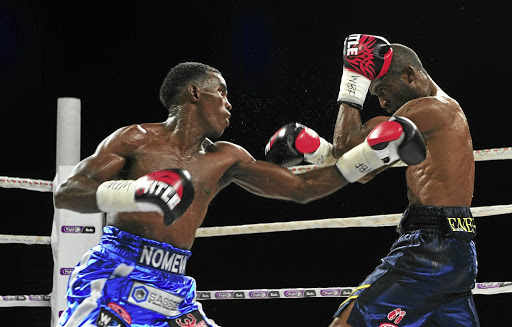 Boxing SA will publicise the cancellation of tournaments that have failed to meet its requirements, as well as issuing a cancellation directive 14 days prior to a tournament.

This is to ensure that no boxing licensee or supporter is misled by a promoter claiming that a tournament has been given the green light when it hasn't.

This warning came from chief executive Tsholofelo Lejaka, who cited the TLB Boxing Promotions tournament at the weekend that was initially cancelled due to the organisers' failure to meet all the requirements.

The Gauteng Boxing Promoters Association intervened and the tournament at DOCC Hall in Soweto on Saturday evening was reinstated.

"BSA noted that in respect of this particular tournament, even after issuance of a cancellation directive, there continued to be activities by the promoter which suggested that all was well and misled the public, when in reality the tournament had been officially cancelled," Lejaka said.

"Such practice can only bring disrepute into the sport and as a result BSA will be taking measures against anyone responsible to ensure non reoccurrence of such irresponsible conduct in future."

The tournament was a success in the end, with Xolisani Ndongeni retaining his World Boxing Federation lightweight belt by a fourth-round stoppage of Salumi Jengo, while Xolani Mcotheli defeated Clement Kamanga on points for the vacant WBF Intercontinental junior-welterweight title.

Lejaka said they appreciated the efforts of the provincial promoters association..