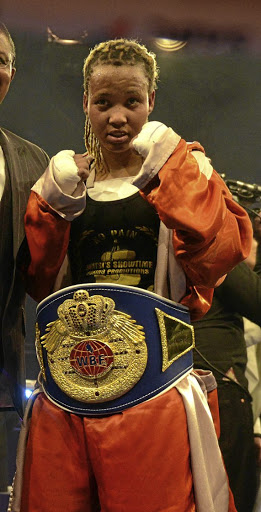 WBF president Howard Goldberg blamed the decision on their failure to defend the belts within the stipulated period, which is usually six months.

"We even extended that period and gave them a grace of up to 18 months but they still did not defend. Instead, some decided to fight for other organisations' titles without informing us. Unfortunately, these are the consequences," said Goldberg yesterday.

Tshabalala held the WBF junior featherweight title, which she won in August 2015. She did not make a single title defence.

With the scarcity of fights, Tshabalala, from Evaton, accepted an offer to fight for the WBC title, which is the most prestigious belt, and the boxer who is trained by Elias Mpembe was stopped in the first round by bantamweight champion Catherine Phiri in Zambia in August last year.

Goldberg added: "We have a specified period of time for our champions to defend their titles. This is communicated with them during rules meeting before every WBF championship fight, that they will be expected to defend within six months from the day they win."

Boxers' inactivity puts a question mark on the role of their managers because part of their duty is to get their charges fights. Managers get paid 15% of a boxer's purse money while a trainer is paid 10%.

But the WBF should look at assisting its champions in making sure that they defend their titles because boxers rely on promoters to stage boxing matches, and if promoters are not forthcoming, then boxers cannot do anything about it.

Some time back Boxing SA threatened to strip some national champions their belts if they failed to defend.

But the rules stipulate that BSA must exhaust all available avenues, including instructing a champion to defend behind closed door in a neutral gym for no money, before it can strip the title.