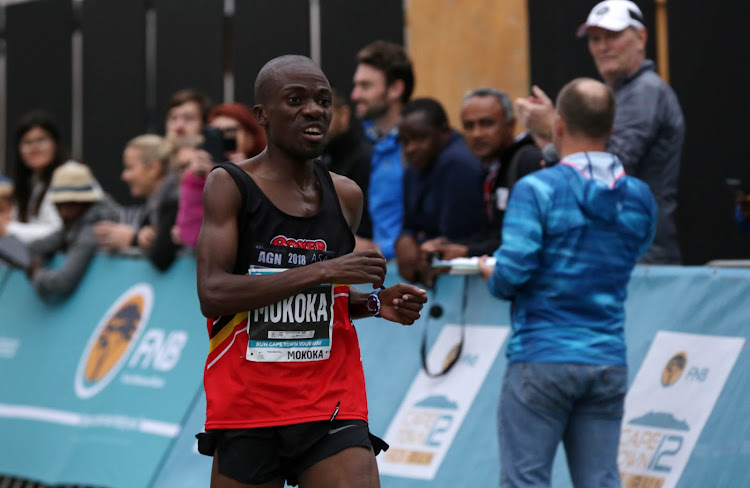 Veteran runner Stephen Mokoka is hoping to beat his 33min 34sec personal best in what he’s expecting to be a quick Absa Cape Town 12K City Run on November 21.

Kenyan Daniel Simiu Ebenyo has said he’s aiming to dip below the 33.27 world best set by his compatriot Morris Munene Gachaga at the 2017 edition of this event.

“I will be very happy to run 33:30 in Cape Town,” said Mokoka, who finished second at the 10km City Run in Durban last month.

“I know Morris and Daniel will be coming and they are targeting the world best for the race, but for me, I will be happy with 33.30.

Mokoka, fifth in the marathon at the 2019 world championships, failed to complete the Tokyo Olympic 42km race a few months ago.

Of his local rivals scheduled for Cape Town, Games 5,000m runner Precious Mashele could pose the greatest threat, having won their tussle over 10km in Durban.

Lesotho’s Neheng Khatala, also second in Durban, is also confirmed for Cape Town. The women’s course record there is 38:22.