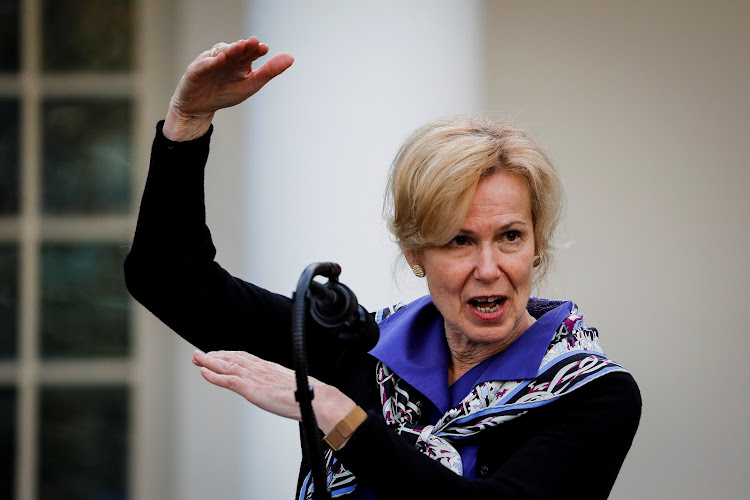 US coronavirus task force response coordinator Dr. Deborah Birx said that the US and other countries could have had a stronger initial response to Covid-19 if China had been more forthcoming about key features of the virus.

At a panel held by the Atlantic Council, a US think-tank, Birx said the US would have been more focused on identifying Covid-19 patients without symptoms if China has shared information about the frequency with which Covid-19 patients, particularly young people, are asymptomatic.

“I have to say if we had known about the level of asymptomatic spread, we would have all looked at this differently,” Birx said at the panel. “That’s usually the initial countries’ responsibility ... and I think that did delay across the board our ability to really see or look for this.”

Birx said that public health officials had originally assumed that only 15 to 20% of Covid-19 patients are asymptomatic when in fact that number is at least 40%.

“We were looking for people with symptoms. We should have looked for anyone who would have been exposed,” she said.

President Donald Trump has levelled blame at China for the outbreak, saying the country should have warned the world much sooner.

Birx added that the recent uptick in US cases has been worsened by high rates of transmission among people between 18 and 35.

“This is an age group that was so good and so disciplined in March and April, but when they saw people out and about on social media they all went out and about,” she said.

The US saw a 27% increase in new cases of Covid-19 in the week ended July 5 compared with the previous seven days.

The former director of the US Centers for Disease Control and Prevention (CDC) said he believes the coronavirus that causes Covid-19 likely escaped ...
News
3 weeks ago

President Joe Biden deplored a surge in anti-Asian violence in the US after a deadly shooting rampage in Georgia, and asked all Americans to stand ...
News
1 month ago

The World Health Organization on Thursday urged nations producing COVID-19 vaccines not to distribute them unilaterally but to donate them to the ...
News
2 months ago
Next Article