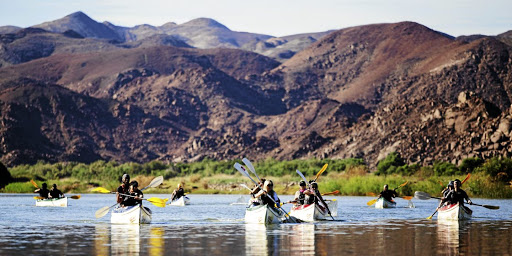 Canoeing through the Richtersveld on the Orange River.
Image: Felixunite.com

The Department of Sport‚ Arts and Culture has give the green light for seven non-contact sports to resume matches‚ including cricket‚ tennis‚ canoeing and swimming.

In cricket’s case‚ this give the green light for the postponed 3Team Cricket tournament‚ which was set to begin on Saturday but had to be rescheduled pending the ministry’s approval of the sport’s safe return to play plan‚ to be rescheduled now by Cricket South Africa (CSA).

The sports bodies listed are:

The statement continues: “These Sport bodies have submitted their plans‚ indicating their state of readiness and their commitment to adhere to stringent health protocols that they will implement in accordance with the prescribed regulations and directions.

“The sport bodies are urged to take note of and implement the comments from the Health authorities‚ as applies to each to each of them. We wish to humbly appeal to the rest of the sport sector to exercise patience and tolerance as we continue with the task of processing their plans.”

CSA had announced a three-team cricket tournament consisting of eight players across three teams who would play simultaneously at SuperSport Park.

CSA had indicated they still needed the government’s approval‚ even though as a non-contact sport‚ cricket has been granted a return to training and playing at level three. That approval did not come in time for the Saturday start of the series.

At level three of the national lockdown in response to the coronavirus non-contact sports my resume play‚ pending approval of each federation’s plan for a safe return. Contact sports may only resume training.

All the sports returning must play behind closed doors under stringent testing and sanitisation conditions.