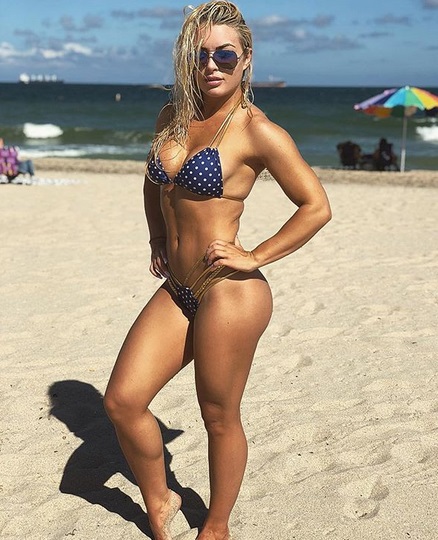 Mandy Rose insists that she’s not superstitious but the WWE Superstar has a pre-match ritual that she herself concedes is “weird”.

The 27-year-old wrestler makes a point of doing exactly 20 push-ups in the locker room shortly before her theme music signals her to the ring to face her opponents.

“I have to do 20 push-ups no matter what‚” she told SowetanLIVE.

“I say a little prayer and then I walk into the auditorium.”

Many wrestlers are known as much for their in-ring skills as their quirky pre-match rituals.

The popular John Cena apparently likes to knock on wood before every fight.

Veteran Mick Foley had a liking for American singer-songwriter and pianist Tori Amos’s music and would listen to her songs before heading to the ring to beat somebody up.

And then there is the muscular and intense Bill Goldberg‚ who apparently likes to head-butt either the locker-room door‚ his locker or the nearest wall before making his way to the ring to rough up an opponent.

But Rose‚ who was born Amanda Rose Saccomanno‚ insisted that she’s not superstitious as the countdown to Sunday’s Wrestlemania 35 at MetLife Stadium in East Rutherford‚ New Jersey‚ continues.

Rose had some advice for South Africans girls who are thinking about pursuing a career in the WWE.

“My biggest advice [to SA girls] would be to never doubt yourself and always try new things‚” she said.

EXCLUSIVE: Things are going to get a little more complicated between @WWE_MandyRose & @SonyaDevilleWWE because they'll face @CarmellaWWE & @NaomiWWE separately NEXT WEEK! The winner will face @WWEAsuka for the #SDLive #WomensTitle at #WrestleMania! pic.twitter.com/Ubjt7jyeYW

“You know I didn’t always think I would become a WWE Superstar.

“I didn’t dream as a little girl that I would become a WWE Superstar.

“So‚ follow your heart. Don’t be afraid to take that leap of faith and go with it.”

There are several exciting matches on the WrestleMania 35 card. Popular wrestler David Michael Bautista Junior‚ known as the “Animal” Batista‚ will return to WrestleMania to face former Evolution mentor and partner Triple H in a no holds-barred match at WrestleMania 35 on Sunday April 7.

This is one of the most highly-anticipated matches here on the card.

In the main event on Sunday‚ it’s a three-way battle for supremacy between Charlotte Flair‚ Becky Lynch and Ronda Rousey.

The first women’s main event‚ which is set to thrill a sold-out MetLife stadium‚ follows WWE’s first-ever all-women’s pay-per-view event‚ Evolution‚ which drew a crowd of millions watching on WWE networks around the world.

WrestleMania 35 takes place on Sunday‚ April 7 and South African fans can catch all the action live on SuperSport.