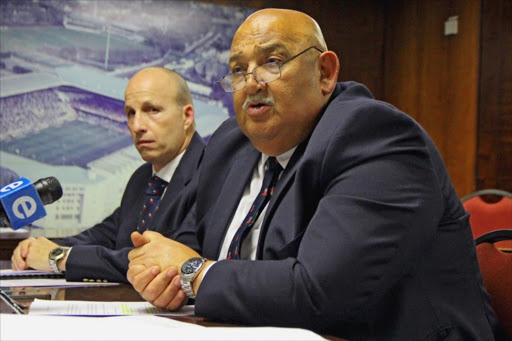 President Thelo Wakefield and Group CEO Paul Zacks said that the Union had retained expert legal and accounting advice and had fully explored all options before applying for liquidation of its commercial trading entity.

The Union wishes to provide the following assurances:

(2) As a member of SARU the Union is the ultimate custodian of both amateur and professional rugby in the Western Province. The Union will ensure that the various Western Province teams continue to function as they normally do and that the contracts of players remain secure;

(3) All sponsorship agreements will continue to be honoured;

(4) All Western Province Rugby (Pty) Ltd’s current liabilities as at end October 2016 have been settled in the ordinary course of business.

Explaining the reasons behind the decision‚ Western Province Rugby Football Union President Thelo Wakefield said: “The reality is that WP Rugby (Pty) Ltd has been forced to deal with a worsening financial position in recent years.

"There are a number of factors which have contributed to this‚ many of which are not unique to WP Rugby: a difficult economic climate resulting in a smaller sponsorship pool; increasing player wages in order to retain players; a changed Super Rugby format; a modified Currie Cup; an improved home-viewing experience; and declining gate and season ticket sales; all of which are factors which have contributed to financial challenges‚ not just for WP but for other rugby franchises in South Africa and around the world.

“These issues were exacerbated by the fact that over time certain commercial contracts with terms which have proved not to be favourable to WP Rugby (Pty) Limited were entered into‚ and which had the cumulative effect of putting both the company’s short term and long term sustainability at severe risk.

"The tipping point for our finances was the persistent and complex legal disputes relating to certain commercial‚ media and wifi rights with one partner in particular‚ Aerios‚ over the last year.

"This has hampered our ability to conclude key sponsorship and suite agreements which‚ in turn‚ has destabilised our relationships with key stakeholders and supporters‚ impacted materially on our cashflow and ultimately led to the business of rugby being commercially unviable. We have been forced to protect our legal rights‚ but it has been very costly.

“Frankly‚ we‚ as the board of WP Rugby (Pty) Limited‚ cannot continue to operate responsibly with the situation as it is. We face severe restrictions on our ability to conduct our business independently and with any degree of commercial freedom. The situation has become untenable.

“By placing Western Province (Pty) Ltd into liquidation we are acting in the best interests of WP Rugby and its general body of creditors and other stakeholders.

" We believe this decision will allow us the opportunity to move forward‚ rebuild‚ create new and better governance structures‚ and to produce sustainable financial growth through the exploitation of all of our commercial rights.

"This will also allow us‚ as the Union‚ to achieve our long term strategic plan and vision for 2020 – to be the leading rugby union in the world. We appeal to all our loyal and passionate supporters around the country to support us during this process.”

As regards the players‚ Mr Zacks has briefed Eugene Henning‚ Managing Director of the players’ organisation MyPlayers‚ regarding the current situation.

Confirming the briefing‚ Henning said: We were comprehensively briefed this morning in a transparent and open manner by Paul about the application and we are comfortable with the process at the moment. We will now consider the relevant legal submissions and determine what impact the process will have on player interests from where we will then base our course of action.

“We have appointed a legal representative on behalf of the players to oversee the liquidation proceedings and we will be in constant communication with WP Rugby and the players regarding the process going forward.” Henning said.

Wakefield concluded:  “WP Rugby is a thriving union with a new CEO‚ Paul Zacks‚ who has proven experience in business. In addition to having the strongest supporter base in South Africa and a well-run club rugby system‚ many of our high schools have a proud history in rugby and consistently produce exceptional talent that is the envy of other provinces.

" WP Rugby has a long and proud heritage‚ which is part of the fabric of sport in the Western Cape. We must protect that at all costs and have a duty to do so on behalf of all our stakeholders and supporters.” - TMG Digital