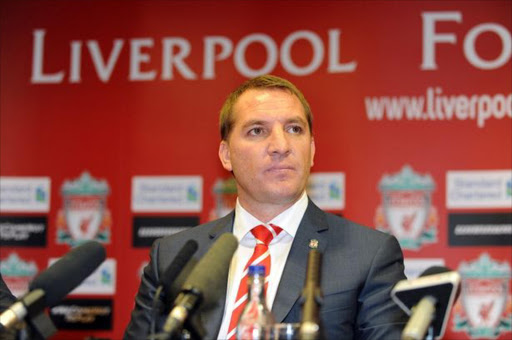 Liverpool midfielder Jordan Henderson has paid tribute to manager Brendan Rodgers as his team leave behind a rollercoaster 2014 with a New Year's Day home game against Leicester City.

After finishing runners-up in the Premier League in May, Liverpool have struggled to match that form in the current campaign, although a 4-1 victory over Swansea City on Monday re-ignited hopes of a top-four finish.

The result was also a relief for Rodgers, whose methods have come in for criticism during Liverpool's inconsistent start to the season, but whose side have now lost only once in seven league outings.

"The manager has been fantastic ever since he came to the club," said Henderson. "He's working really hard for us on the training field to ensure that tactically we are better and improving all the time.

"It's up to us as players to ensure we put that into practice on the pitch and we definitely did that against Swansea. We got our just rewards for that.

"This season has been hard on everyone. We've gone from winning every week to not winning as often. The manager has always been the same. He has always looked to improve things on the training field.

"Now it's down to us as players to make sure we do that on match days. If we keep playing like that, we'll get that consistency and more good results."

Henderson reflected the confidence in the Anfield camp that, with the disappointment of missing out on last season's title behind them, another top-four finish, and Champions League football, is again within reach.

"We had an amazing start to the year and then the disappointment of falling just short in May," said the England international.

"We've had a difficult start to this season, but we just have to keep going and playing like that. If we do that we'll go in the right direction and hopefully we can finish the season well.

"Of course we can finish top-four. We've got quality players here. You saw against Swansea that when we play well, we look a top, top side. We just need to be more consistent and make sure we do that every game."

Liverpool will be without defender Martin Skrtel, who earned a one-match suspension after his booking in the Swansea victory.

Meanwhile, Rodgers spent Tuesday awaiting word from the Football Association as to whether they would punish forward Raheem Sterling retrospectively, after television pictures suggested he slapped Swansea defender Federico Fernandez.

Steven Gerrard, rested against Swansea, can expect a start against bottom club Leicester, while Mario Balotelli may have to be satisfied with a substitute place once again.

Leicester will be without Paul Konchesky, who serves a one-match suspension, while Andy King is still missing with a thigh problem, but striker Jamie Vardy is available after a ban of his own.

Manager Nigel Pearson is still unable to give a return date for goalkeeper Kasper Schmeichel, who is recovering from an operation to repair a broken metatarsal.

"Kasper is at home at the moment and resting," said Pearson, whose side moved to within three points of safety after winning 1-0 at Hull City on Sunday.

"We have a few bumps and bruises, but for the most part the biggest things from the last few games will be fatigue if anything.

"The question is always, 'Do you go with a similar side and hope, or back your judgement, that they will be able to reproduce energy levels?'"