Poultry farming: not for headless chickens 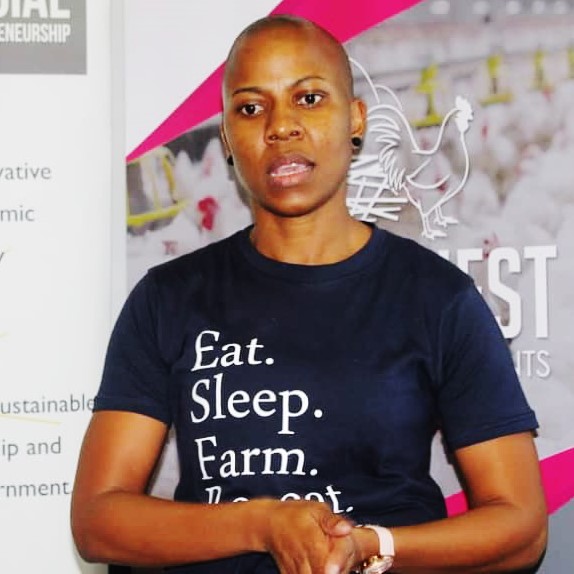 Thando Magane has experienced the ups and downs of chicken farming.
Image: Supplied.

Poultry farming may look easy to outsiders but it takes a lot of hard work to sustain the business.

This lesson was learnt the hard way by Thando Magane (34) of Durban in KwaZulu-Natal, after she left her job at a bank about six years ago to become a poultry farmer.

Despite two major setbacks, she eventually succeeded and now mentors other poultry farmers across the country.

“I started poultry farming in 2013. I was still working for a bank then, but I resigned the following year. Before resigning, I attended a couple of short courses to learn the basics of poultry farming. I would also sometimes take time off work to go work on a chicken farm so that I could learn the skills I needed to succeed,” she says.

After handing in her resignation letter, she went all out to grow her self-funded poultry farm.

“My first mistake was allowing myself to become overwhelmed by the hype of being one of the few women who were in this business back then. I neglected the job that goes into farming. I started attending unnecessary meetings that took most of my time and as a result, more than half of my chickens died. I lost a lot of money,” she explains.

That was a wake-up call to start focusing more on running the business and getting her hands dirty. Just as things were coming right, however, she was heavily affected by the bird flu outbreak of 2017.

“I lost everything,” she says.

Instead of giving up, Magane soldiered on, taking out loans to re-establish her business. She turned her challenges into learning opportunities and soon she started supplying eggs to franchises such as Spar and Mugg & Bean in KwaZulu-Natal, as well as selling surplus chickens for consumption.

“I work with a client for a couple of weeks after a workshop to ensure they get the basics right,” she says.

So far, over 100 people from various provinces have benefited from her training.

To find out more, email Thando at thando.magane@gmail.com

City residents helped to grow their own food

The City of Johannesburg’s Food Resilience Programme seeks to address urban poverty and food insecurity among residents.
SebenzaLIVE
1 year ago

A Winterveldt poultry farm is benefitting from government’s plans to make poultry a leading industry in the country.
SebenzaLIVE
1 year ago
Next Article