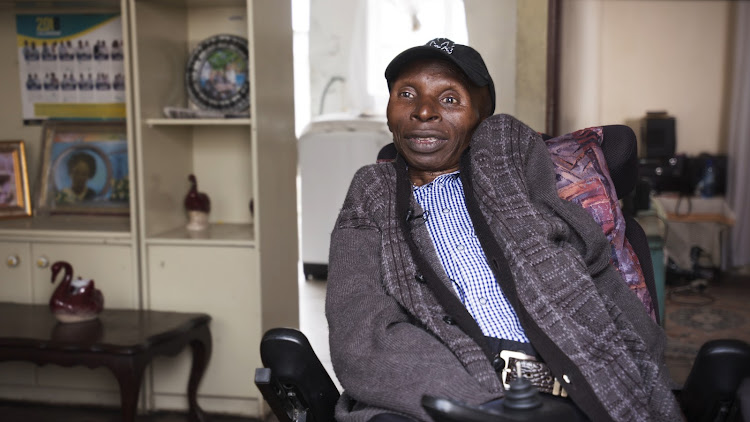 Thozamile Mciki suffered a great injury at just eight months of age. While alone in the bedroom, he was injured after falling off the bed and onto the cold, hard floor.

But little did his family know that this would soon be the reason for him to become an activist for a rare disease known as Fibrodysplasia Ossificans Progressiva (FOP).

“I was taken to the Red Cross Hospital, given Panado and discharged,” Mciki shares, noting that this was extremely unusual considering the tumble he took. “Later that night, I developed swelling of the skull and spine.”

When this was re-evaluated after multiple diagnosis which baffled many of the doctors due to the massive swelling in Mciki’s arms and shoulders, it was only seven years later, in 1973, that Mciki was finally diagnosed with FOP.

Also known as stone man syndrome, FOP is a disorder in which the body’s soft tissues such as muscles and tendons turn into bone.

Fortunately, the disease was no reason for Mciki to bring his life to a halt and has since taken to touring the world as the world’s longest living person diagnosed with the disease.

Mciki is one of the faces who will be bringing awareness to the disease in the movie Tin Soldiers. The movie will feature others who suffer from FOP and the work that has gone into finding a cure.

“This film will help doctors, scientists and everyone who needs to understand the condition,” says Mciki.

Tin Soldiers was aired on October 5 at the Jozi Film Festival.

It was the groundbreaking hustle of Vinoloa Mashego that has often been a source of inspiration for young entrepreneur Kedibone Segole.
SebenzaLIVE
2 years ago

Getting a formal education did not stop Indalio Nubian Naturals owner and founder Smangele Sibisi from expressing her talent at a larger scale.
SebenzaLIVE
2 years ago
Next Article