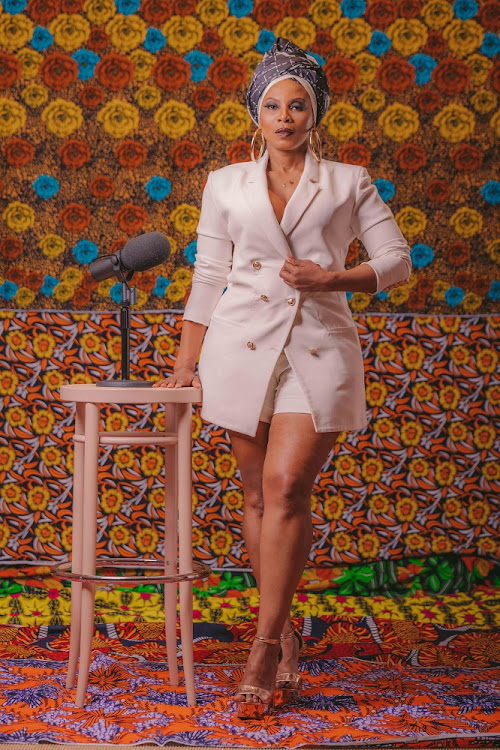 Penny Lebyane is the new host of The Squadcast.
Image: Supplied

Penny Lebyane takes the driving seat as the new host of Bernini’s The Squadcast, set to facilitate pressing topics that are often overlooked in society.

Aligning with Women’s Month, The Squadcast is a platform for open, honest conversations with confident, empowered women who live life with style, strength, flair and purpose.

Launched as a podcast series last year, it has now stepped up to a more engaging YouTube video series that sees Lebyane facilitating topics such as feminism, women’s rights, Gender-Based Violence (GBV) and women empowerment.

Guests include television personality Roxy Burger; entrepreneur, Nomndeni Mdakhi, who’s a passionate proponent of female empowerment, and founder of Agenda Women - an online platform that brings women together to learn from each other and grow, as well as glamorous entrepreneur and digital creator Melody Molale.

“The Squadcast is a space that’s created by Bernini for women to have conversations about issues that matter to them. It’s a safe space for girls to have a conversation about issues that affect them on a daily basis, imparting their views on such topics,” the multi-hyphenate personality explains.

Having been first invited as a guest to the first installment of the series,  Lebyane believes facilitating such conversations could have more of an impact in society to push them to talk about “uncomfortable and often dismissed issues”.

“I agreed to be the host because I felt that I could add value and create a safe space for the women I’m having conversations with as well the audience watching. I believe I am a voice in media that has always pushed the narrative for society to talk about those uncomfortable issues,” Lebyane states.

“I want us to go there. Let’s say it for what it is. Let’s unpack what these labels and terminologies mean and how do they apply to our everyday life. I said, ‘yes’ because this series speaks to what I stand for!”

“We need to understand that terms such as ‘feminism’, ‘GBV’, ‘women empowerment and ‘women rights’ are not a ‘once-off event’. Spaces like The Squadcast create an opportunity to unpack these terms. It also brings these topics to many women from different workspaces and industries. But in essence, the everyday women need to be able to relay these terms in their everyday life,” the vocal broadcaster explains.

Unlocking the power of women-helping-women, Lebyane mentions “self-healing” and “women tapping into their higher power” as pressing conversations needed to be discussed in society.

When asked her definition of a “phenomenal woman”, the 43-year-old “truth-teller” as she fondly calls herself believes that while the term means “exceptional and an extraordinary human being”, to her it describes a woman who is “just content with herself and knows she is enough!”

The first episode of this installment kicked off on Women’s Day, and the second will cover media and social media  which will see Lebyane once again joined by an influential squad who will discuss topics including ‘Is Cancel Culture a positive thing?’ and “Why being an influencer is a real job’.

This episode will be accessible in early September.