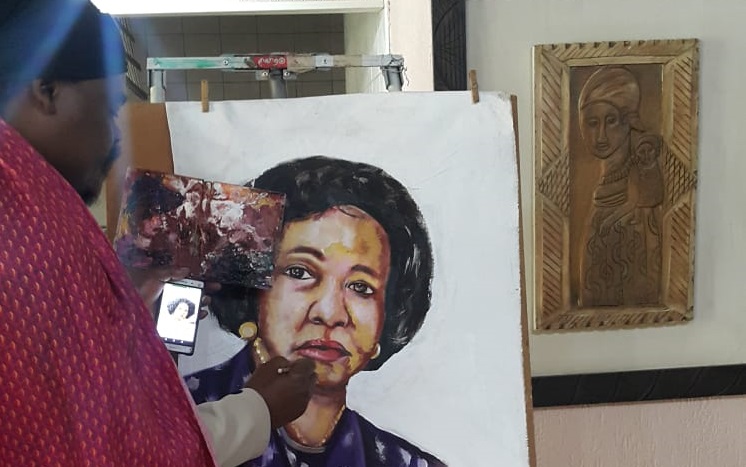 Funeral painter Rasta has earned himself a reputation for his work, but not in the best way.

His art has become so notorious that The Queen actress Zenande Mfenyana tweeted that she does not want Rasta to sketch her at her funeral. She was reacting to his portrait of the late radio broadcaster Bob Mabena.

There have been some glimmers of hope after he managed to produce a decent portrait of the late struggle icon Andrew Mlangeni.

Here are 10 famous people, living and late, who have been victims of Rasta's botched paintings:

Since she rather not be painted on her funeral, I thought I'd honor her while she's still alive

No one:
Absolutely no one:
Rasta paint Malema instead of @zozitunzi pic.twitter.com/8VWp88Pys1

Lord please grant the rasta s attitude, his spirit is made out of iron. He doesn't have abantu ba zo thini syndrome. pic.twitter.com/EbVYYpIc4G

#BobMabena #Newzroom405
The famous Rasta outside the late Bob Mabena's home, paying his last respects with a portrait. @Newzroom405 pic.twitter.com/1KVbfnilAe

Rasta should be in prison 😳😳