My heart breaks when newspapers close down 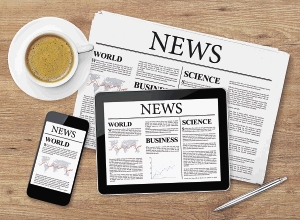 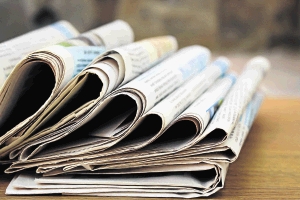 I was born in the 1990s, at the birth of our democracy when our country still had so much hope and was truly alive with possibilities.

I was also born at a time when the information age was in its infancy in South Africa.

I have a recollection of a time when cellphones were not only considerably basic but were a luxury that only a few could afford.

We used to rely on what we called in the township "di container" - public phone shops operating from shipping containers where we paid a few cents for unit of calls.

This is how I remember my childhood - gathering whatever coins I could find to make calls to my childhood sweetheart, who had access to his mother's cellphone.

Something else that I remember about this time was that we read a lot. Perhaps not books, because those had always been unaffordable for many of us, but we read a lot of newspapers and magazines.

I grew up in Meadowlands, and every morning as I walked to school, I would be greeted by scenes of men gathered on street corners reading the day's newspapers.

Media24 is considering the closure of five magazines and two newspapers and staff cuts in a restructuring shake-up accelerated by the "devastating" ...
News
6 months ago

After school, I would find remnants of the papers, often with the sports section missing, and catch up on the developments. Reception areas of many establishments also had stacks of old newspapers and magazines for visiting clients.

I have been wearing spectacles since I was about seven years old, and I distinctly recall that my visits to the optometrist were characterised by reading old copies of magazines that were neatly placed on the table in the middle of the reception area.

I remember my childhood as a time and place filled with a lot of newspapers and magazines. It is how I was introduced to reading - and how I developed the passion for writing.

I was reminded of this on Tuesday morning when I woke up to headlines screaming "Media24 considers closing 5 magazines, 2 newspapers, as Covid-19 slashes circulation". That headline tugged at my heartstrings.

Just a few months ago, Associated Media Publishing was closed. The stable includes magazines such as Cosmopolitan, Women on Wheels and House & Leisure.

Around the same time, Caxton and CTP Publishers and Printers, publishers of Food & Home, Essentials, Country Life and People magazine, announced that it had begun the process of withdrawing from magazine publishing.

According to publishers of these titles, the decision comes as a result of the catastrophic impact that Covid-19 has had on sales and advertising revenue. But while the lockdown has certainly had an impact on print media, the reality is that the pandemic accelerated a pre-existing and long-term structural decline in print media.

Over the years, there has been a significant decline in both circulation and advertising. Print media has been comatose, the pandemic simply switched off the oxygen.

While I recognise that the world is changing, that how people consume media is evolving, I cannot help but feel absolutely devastated by the death of print media. It has such a profound history in our country, and for some of us, it defines our childhood.

But more than this, there is really no substitute for the sense of community that was nurtured by readers of newspapers who shared the paper among themselves inside Putco buses or on the streets of Soweto. It is not quite the same as sharing a link on social media. It is impersonal.

I appreciate social media but perhaps at the heart of my pain about the closure of newspapers and magazines is mourning for a time when relationships and conversations were genuine, personal, warm. I am mourning for a lost era, for a simpler time. How I wish we could hold onto it for a little while longer.

The closure of some of the country's prominent magazine groups should be a wake up call for government to intervene.
News
8 months ago

Retail group Edcon said on Tuesday it was selling stationery business CNA to a consortium majority owned by Astoria Investments.
Business
11 months ago

Covid-19 has plunged a dagger into the heart of magazine publisher Associated Media, CEO Julia Raphaely said on Thursday
Entertainment
8 months ago
Next Article