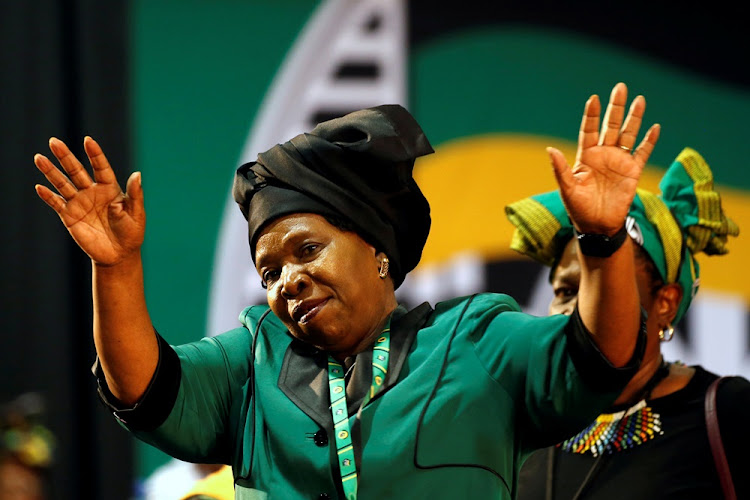 The assessment and critique of civil servants is a crucial part of a vibrant constitutional democracy.

Therefore, the criticism against co-operative governance and traditional affairs minister Nkosazana Dlamini-Zuma for some of the lockdown regulations she has gazetted or announced is in itself a normal part of democratic discourse.

What is troubling is the nature, the framing and, in some cases, the subtext of the critique.

Since government's flip-flopping on the sale of tobacco, Dlamini-Zuma has been in the firing line of those who are vehemently against the ban.

Many have pitted her against President Cyril Ramaphosa who they view - based on his initial announcement - as supporting the sale of cigarettes.

Since then, several media sources have painted Dlamini-Zuma as the driving force behind what many believe is an irrational and illogical ban on tobacco sales.

Let's be clear: the National Command Council, including Dlamini-Zuma, must account publicly for their decisions, and those regulations whose rationality is questionable must be challenged legally and otherwise.

South Africans will be allowed to buy and sell alcoholic beverages on June 1 after a ban on liquor that lasted more than 60 days.
News
2 years ago

As citizens, we must not surrender our faculties of accountability and allow the abuse of power simply because we are in a crisis.

However, the attacks on Dlamini-Zuma go beyond the demand for rational assessment and accountability.

She has been vilified as a rogue figure whose actions are solely to serve sinister political and alleged financial interests for which there has been no credible evidence presented. Fueling this narrative, we believe, is Ramaphosa's silence on what is arguably the most contentious issue of the lockdown.

As the executive custodian of the Disaster Act, it falls within minister Dlamini-Zuma's responsibilities to gazette and announce regulations which are decisions of the cabinet or the National Command Council.

Therefore, in keeping silent when the minister is singled out as the cabinet villain, the president is inadvertently fuelling speculation about residual political contestation, real or perceived, between him and Dlamini-Zuma, the woman against whom he contested the ANC's presidency two years ago.