Africans should seek to emulate and not vilify China 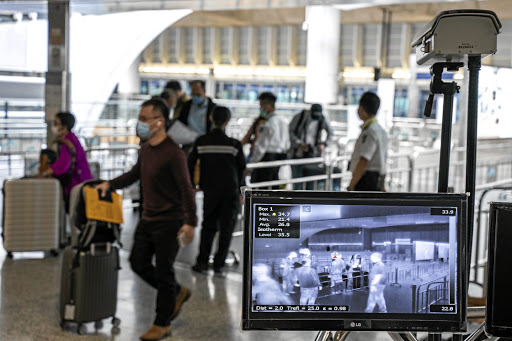 As the novel coronavirus Covid-19 continues to wreak havoc around the world, so does misinformation, fear, fake cures, fake news and malicious hoaxes.

Not only is the current finger-pointing and contempt without investigation of the facts misleading, it has served to highlight a crippling ignorance of the changing nature of information warfare.

Furthermore, it misrepresents China's policies, underestimates its real influence, and distorts what most of Africa's population understands about the China partnership.

There is a growing offensive on China that seeks to discredit and attack the bilateral and beneficial relations between China and African countries.

This undermines the real scope of China's influence in Africa and the cooperation between China and Africa that is based on mutual respect for the benefit of both parties.

What has happened in Guangzhou city was simply an isolated incident, not the so called "discrimination of Africans". Although China has the Covid-19 epidemic under control, it faces the severe challenge of the imported cases and domestic resurgence of local cases.

Against this backdrop, the Guangzhou municipality government has been taking upgraded measures, including a compulsory 14 days of quarantine isolation in designated places for Chinese and foreign nationals, upon their entry to China.

During the implementation of the regulations, some occasional cases occurred due to misunderstanding and miscommunication.

Nigerian foreign minister Geoffrey Onyeama issued a statement about the incident in China being misinterpreted by many Africans as "targeting", when in fact the Nigerians selected by the Chinese had tested positive for Covid-19 and needed to be quarantined, as per the requirements of the World Health Organisation (WHO).

He also confirmed that an investigation found no evidence of so-called "mistreatment" of Nigerians in Guangzhou. He called on African people to take an objective and rational view on this issue.

Regrettably, some media outlets and anti-China racist groupings like #ChinaMustFall on Twitter and Facebook took the opportunity to distort the truth and sow discord and mistrust between China and Africa.

China has over the years demonstrated its firm, clear-cut and consistent position on the treatment of all foreign nationals in China.

In a statement issued by the Embassy of China in SA it notes the following:

In China, the most urgent task is to prevent imported cases of Covid-19 and domestic resurgence of local cases.

Upon entry to China 14 days of quarantine is necessary.

Faced with severe test of epidemics, China and African countries are united more than ever.

China will continue to protect the rights of its African brothers and sisters.

As highlighted in an article published by iol.co.za last week, it is due to the most comprehensive, stringent and thorough prevention and control measures that the Covid-19 epidemic in China has been effectively brought under control, and socioeconomic development is gradually getting back to normal.

Africa should be following in China's footsteps instead of spreading unfair and unnecessary hatred. Ignorance of the facts, on this and any other topic that promotes "contempt prior to investigation", is dangerous and damaging, putting both jobs and lives on the line.

*Mncube is the managing director of Mncube Consultants.

China's most populous cities saw a spike in outbound travellers, tourists and day-trippers on May 1, first day of a long holiday weekend, led by ...
News
1 year ago
Next Article