Sister Bettina is the national anthem of men are trash 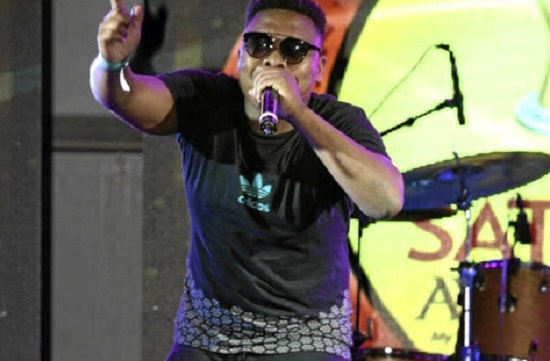 There are a lot of songs that can get you off the wall and mid-squat on a dance floor where no doubt someone else is going to pounce out of nowhere and make you feel like an idiot. My current dance floor magnet is Semi Tee's Ama Uber.

While the choreography associated with the song glamorises drug use, I certainly don't see myself snorting cocaine any time soon, but dancing to a song where I do not only crush it up and dust it off my hands is the kind of absurdity that dares you to embarrass yourself on the dance floor.

However, this is not necessarily the case for everyone and in a pure fit of disappointment I nearly heckled a colleague over her disdain for the song.

To her, its content was extremely disturbing and a reflection of societal ills.

I could understand her sentiment because I have a hit track that I disdain, which is AKA's Fela in Versace.

WATCH | When Ellis Park warmed up for Clegg, Small and Australia's 11-year absence

At a bitterly cold and windswept Ellis Park, an opportunity to grasp a necessary culture change was missed, but tributes paid to the late Johnny ...
Sport
2 years ago

It's well-produced, the fluidity of the instrumentals marries the effortless flow, and the cherry on top is the seductive drawl delivered by Kiddominant in the song's infectious chorus.

It's impossible not to dance to the song as the beat kicks in during a mix.

However, with Fela Kuti as a known homophobe juxtaposed with the pro-queer brand Versace, it is kind of like listening to a rap song about Steve Biko in a swastika T-shirt.

More often than not, in embracing trap, gqom and amapiano, we ignore the extremely problematic nature of their lyrics.

We do have to take into consideration the foundation of these genres as the youths behind them were bombarded with the sounds of R Kelly and Aaliyah's duet on statutory rape, the explicit version of The Whisper Song by the Ying Yang Twins blasted in broad daylight and even South Africa's national party anthem, Sister Bettina.

What all these songs have in common is the holy trinity of what makes a hit track; a man with a lot of material possessions, the women at his disposal and perhaps most importantly - the latter two resulting in copious amounts of sex.

These are not genres meant to stimulate minds or pressure society into societal reform, but genres that would only require a strong set of hamstrings before you vosho in public.

Trap might slap better than rap, gqom might get the roof on fire quicker than house, and amapiano might just be a good old time. But when you really think about it, these genres have subliminally supported its listener if they leave the club with a penis between their legs.

As a grandchild of Sister Bettina, Ama Uber might be an innocent song about drug use in a time of extreme anxiety and violence, but perhaps it might reflect the problematic nature of society ignorantly promoting social ills. I could not help but wonder, is Sister Bettina really the official party anthem of South Africa, or the score to the many men who are trash in society, and is Ama Uber headed in that same direction?

How Mgarimbe's Sister Bettina silenced the All Blacks' haka

Mgarimbe has admitted that Sister Bethina is the ‘people’s song’ and has warned young DJ Twitty‚ who is attempting to do a remix of the song‚ not to ...
Entertainment
4 years ago

While he might have been short of filling up Orlando Stadium‚ Cassper Nyovest managed to put on a show that will forever go down in the history books ...
Entertainment
5 years ago
Next Article