Will hospital horrors ever end? 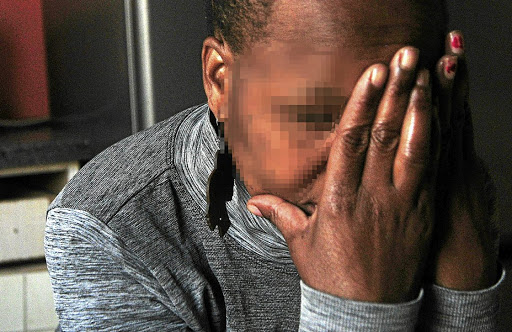 A 43-year-old woman from Kagiso on the West Rand lodged a R40m lawsuit against the Gauteng department of health for the trauma she suffered as a result of a baby mix up.
Image: Veli Nhlapo

Our lead story yesterday of a West Rand family who raised a child that was not theirs once again paints a disturbing picture of sheer negligence and incompetence of the nurses at SA hospitals.

The heartbreaking tale is about a mother whose newborn baby was swapped with another in hospital 20 years ago. She only discovered the mix-up five years ago.

The mother, whose name has been withheld to protect her minor children, now rightfully wants her biological child back.

She believes her biological son, born in August 1998, may have been swapped at Dr Yusuf Dadoo Hospital (formerly Paardekraal Hospital) in Krugersdorp, on the West Rand. The mother is also suing the state for R40m , after rejecting a R2m out-of-court settlement.

What an insult considering the trauma and pain the mother is going through after the whole mess. What is also humiliating for the poor mother is the way in which she made the shocking discovery.

It was through the DNA tests that were demanded by her estranged husband after the woman had taken him to the maintenance court.

The results on the 20-year-old of course came negative and that suggested that the woman cheated on her husband. We imagine the pain and humiliation she suffered from the people who regarded her as nothing but a cheat.

This incident is one of the many that made headlines almost on a daily basis in SA and the department seems to be not doing enough to curb the recurrence.

Today, we are sceptical to take our sick parents and children to hospitals because something bad is bound to happen.

The government, on the other side, is losing millions of rand due to negligence and incompetence in state hospitals .

What the nurses did to this women is criminal and they should be held accountable and brought to book .

It is very sad that apart from the out-of-court settlement, the department seems not to be helping the woman to trace her missing child. Also, what is the department doing to help the affected 20-year-old man to deal with his own trauma?

The man needs help and urgently to deal with the after-effects of this shocking revelation. They should also help all the affected parties, including the woman's other children.

Swapped babies to remain with families raising them

Three judges of the Pretoria High Court decided on Monday that two toddlers swapped at birth must remain with the families who have raised them. ...
News
5 years ago

SHORTLY after giving birth Mbali Masuku says a nurse held up the baby to show her she had been blessed with a baby boy. But just when she was about ...
News
6 years ago
Next Article