Compare interest rates before borrowing from a stokvel 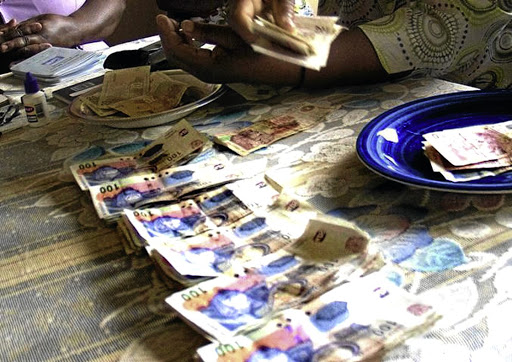 As we head into the festive season and prepare to unwind following a busy year, we’ll also find that this is the time of the year that the need for cash increases.

That is why we, especially those who own motor vehicles, must count ourselves lucky that the fuel price is due to plummet next month after the rand strengthened against major currencies while the price of crude oil fell dramatically.

Critics, however, will argue that despite this positive economic news, Reserve Bank governor Lesetja Kganyago somewhat soured Christmas with a 25-basis-point interest rate increase last week. This means consumers will now have to pay more for their loans, resulting in households having less cash.

Added to this financial pressure come the service, administration and initiation fees demanded by financial institutions.

However, some people have found a way of getting around the interest rates and fees hiccup by either borrowing from family and friends or even stokvels.

With family and friends, the borrowing arrangement is usually and literally fast and loose, with no interest charged. However, getting the funds back could pose a challenge. When it comes to stokvels, the lending process is a bit different as they are governed by rules and enjoy the advantage that those who have borrowed the money won’t see interest rates rising. However, they remain subject to higher-than-usual rates.

Stokvels are often set up by groups of individuals who have come together with a common purpose.
Business
3 years ago

We need to unlock potential of collaborative economy

The notion of economic cooperation among and between different households in African communities dates back to pre-colonial times.
Opinion
3 years ago

The credit line extended by stokvels could be used to renovate a home. Although some people also use the money to buy clothes, among other things, during the festive season, it is not wise to fund your lifestyle expenses such as clothes, food or gifts with loans on which you pay interest, as they do not appreciate in value.

Jan Wegeling, the head of research at African Response, which specialises in researching stokvels, tells me lending is a common feature of all types of stokvels.

He says stokvels charge interest rates similar to those of loan sharks or those akin to financial institutions, depending on who the money is being lent to. “If the lending service is not outside of what the purpose of the stokvel is designed for, for instance if it is about rotating money, then it will not be considered a loan,” he says.

“If the money is lent to members or their relatives, the rates may be different to money going to strangers. Some stokvels may have a flat interest for everyone, while others may have different rates for members, relatives and people not related to members. All this will be reflected in the constitution of the stokvel.”

Busi Skenjana, the founder of Stokvel Academy, says stokvels with lending services are quite prevalent because members view credit as a service. She says she has also seen members borrowing from a stokvel, which usually charges 30% interest, only to lend it to other people at higher interest rates.

“If you are not a stokvel member, however, and you take money from a stokvel then it is like you are borrowing from a loan shark.”