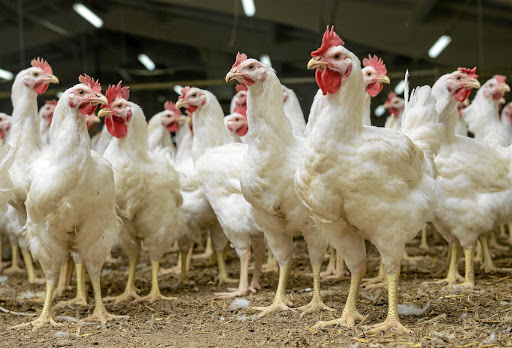 A group of investors claim a businessman owes them chicks. / 123RF

Would-be farmers from Mpumalanga are crying foul after losing thousands of rands after investing in a chicken business.

The investors claimed they later discovered the business deal was a scam.

Nine people lost more than R200000 they had deposited into the company's account between December 2015 and March 2016.

There are no signed contracts.

This was confirmed by Lewis Chauke - the chairman and owner of Ad-Luck Holdings, which operates from Midrand and at Extenion 8 Zwartkops in Centurion.

The group consists of farmers, teachers, retired persons and unemployed citizens, who claimed Chauke held several presentations in Ermelo where he lured them into parting with their money.

Bongani Mthenjwa said Chauke advertised his chicken business in November 2015. Chauke promised interested investors a delivery of 300 chicks to raise, after which he would collect fully grown chickens to slaughter and distribute. Chauke was to pay them the proceeds.

For this number of chicks, investors paid R18239 and delivery was due at the end of December and on January 8 2016, Mthenjwa said.

Mninwa Mthimunye said expensive preparations were made for the chicken run, but when the chicks were to be delivered, Chauke had a number of excuses. He said Chauke told them to recruit more people to reach a minimum of 22000 chicks.

Lewis Chauke says the amount paid by the investors was an administration fee and not the contract amount. Chauke said he clearly told the investors ...
Business
4 years ago

Bongani Shongwe said this information was not disclosed at any stage during the presentation and they did not know that they needed to work as a group and not individually though they all would be farming chickens.

"This almost destroyed my family as we paid about R50000 between myself and my wife," said Shongwe.

The group demanded their money back as there was no contract signed. "Only then we were told the money is non-refundable."

Dodo Sibeko also said no contract was signed between himself and Chauke, but he was made to sign a non-disclosure agreement.

Mike Gumede said he would urge prospective investors not to invest in Chauke's poultry company as he has failed too many people.

He said people who took part in the first batch of chickens did not get any proceeds from their sale after Chauke took them to his preferred abattoir.

Mbewe said this was a one-sided agreement which does not give them any rights of recourse in the event Chauke fails to deliver. Velaphi Mathenjwa said although they had opened a case at Ermelo police station, they were referred to an attorney as this was a civil matter.