CRL Commission suspends all Gauteng initiation schools till end of 2018 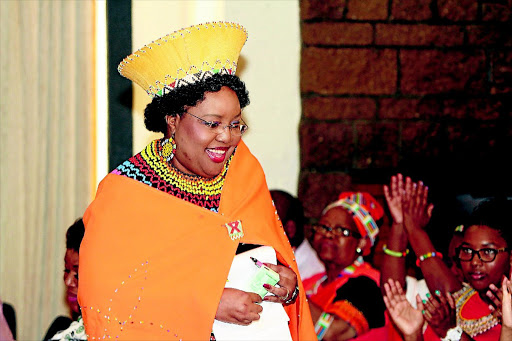 The Commission for Cultural‚ Religious and Linguistic Rights (CRL) has ordered a suspension of all initiation-related activities in Gauteng.
Image: BAFANA MAHLANGU

The Commission for Cultural‚ Religious and Linguistic Rights (CRL) has ordered a suspension of all initiation-related activities in Gauteng until December 2018‚ in an effort to bring about regulation and curb criminality in the practice.

This came as a recommendation in its report “Some Problems and Challenges that Lead to Deaths and Injuries at Initiation Schools in South Africa”‚ presented in Braamfontein on Tuesday.

The chairperson of the Gauteng initiation-monitoring task team‚ Prince Mahlangu‚ said that the aim is not to stop the practice indefinitely.

“We are supporting the suspension on the simple basis of protecting our children. We also want to be able to compel the government to support the initiative.

“Many of the issues raised are not initiation issues‚ [they are] criminal. As [we embark on the suspension]‚ we expect that there will be areas which will still be operating‚ such as Sedibeng and the Orange Farm. We have put extreme measures [in place] to curb those issues‚” said Mahlangu. In the report‚ presented by CLR chairperson Thoko Mkhwanazi-Xaluva‚ the commission found that incompetence in performing the ritual was the major cause of penile amputations and initiates’ deaths.

“The people who run the schools are often young and have just graduated. They do not have the adequate knowledge of circumcision. Because of lack of the necessary experience and absence of an authoritarian structure overseeing the process‚ there young people appoint inexperienced traditional healers‚ who cannot manage incidents such as haemorrhages.” said Mkhwanazi-Xaluva.

An epileptic teenager has died after he was allegedly abducted and forced to attend an illegal initiation school where he was repeatedly tortured ...
News
5 years ago

Mkhwanazi-Xaluva has called on the department of health to support research on penile transplants‚ and in turn make them available like any other transplant.

The report found that provinces such as Western Cape‚ Mpumalanga and Limpopo had low fatalities because of proper consultation‚ and the involvement of experienced key role players in the operations.

The mushrooming of initiation schools was partly blamed on the economic opportunity it presents for young unemployed practitioners.

“Culture‚ including male initiation and circumcision‚ has become a commodity‚ and there is a major and growing economic activity around the practice of the initiation rite. Another disturbing trend is the emergence of touts‚ who go around recruiting and abducting potential initiates for a fee‚” Mkhwanazi-Xaluva submitted.

Among many issues raised was lack of consent‚ as well as the need for people who run initiation schools to be accountable for ensuring that the parents of initiates are aware of the whereabouts of their children‚ and the importance of initiation practitioners getting parental consent to initiate them.

The violence‚ abuse [drug and substance abuse included] and gangsterism alleged to take place in these traditional schools was also of concern to the commission.