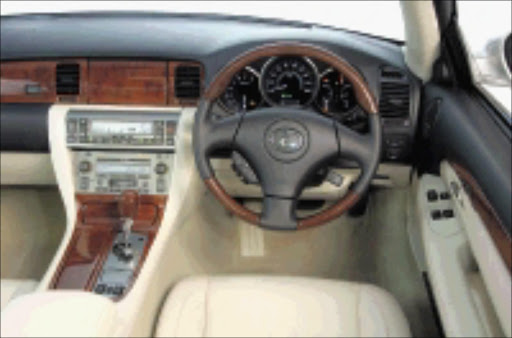 Last Tuesday I took a copy of Hamid Dabashi's book, Can Non-Europeans Think?, to an informal breakfast I have regularly with my friend, Dr Mzukisi Qobo.

I knew Mzu had never heard of Dabashi. So I intended to introduce him not only to a brilliant Iranian mind teaching at Columbia University, but to a book every African must read.

The title is provocative enough to get the blood of a black person boiling.

The foreword is written by another non-European, Walter Mignolo, under the assertive heading "Yes We Can!" Indeed, Dabashi's book offers evidence that we can.

Over coffee, Mzu and I lamented the paucity of great works of philosophy written by us Africans, which paucity makes the question "Can Non-Europeans think?" justifiable.

Dabashi exposes the hollow arrogance of European philosophers like Kant, who claimed that theirs was a universal philosophy.

The United Arab Emirates' desert city of Dubai has emerged as one of the favourite playgrounds for monied South Africans.From politicians, business ...
News
4 years ago

More than 200 years before Kant, an Arab philosopher with superior intellectual depth, Ibn Khaldun, had already published his magnum opus, The Muqaddimah, a timeless book that surveys history, and also history yet to be made.

In the 14th century, Europeans acknowledged the ruler of the then Mali Empire, Mansa Musa, as the richest man ever known.

Material wealth is fabulous, but it is not as enduring as intellectual wealth. A few years after Jacob Zuma's last breath, the vast lucre he looted with the Guptas will find no place in history books. It will all be buried in the sentence: "There once lived an idiotic president of South Africa."

You, the reader, are probably learning of Mansa Musa for the first time today, and you most probably have heard of Karl Marx before.

Musa was very rich, Marx very poor; and yet successive generations remember Marx, not Musa. Why?

It is because Musa's material riches have disappeared, and Marx's intellectual wealth continues to live. You can read Marx's book today, but you cannot count Musa's money.

How celebs rake in thousands in minutes on social media

Local celebrities have found new ways of making loads of money apart from their primary jobs by endorsing certain brands or events using the pulling ...
Lifestyle
4 years ago

The reason why it is doubted that we Africans can think is not because our kings were not rich; it is because, unlike the Arabs, who can produce a book written by their own Ibn Khaldun, our Mansa Musa only hoarded gold.

It is true we Africans have written a handful of texts since the end of colonialism to prove "Yes We Can", but where is our Ibn Khaldun?

If you were to visit history departments at South African universities, you would meet useless black fellows calling themselves professors. Yet it is a British historian, Martin Meredith, who today feels the need to write a tome on The Fortunes of Africa. Where is the history written by black historians?

The same question cannot be avoided by the so-called black philosophers at our universities. Can they philosophise? In other words, can they think?

While dismissing the universalist claim of Greek philosophy, restoring it to its rightful status as a provincial philosophy, Dabashi reveals the simple (and yet profound) truth that "the black and brown person - male and female - also has a world".

At its core, philosophy is about how a particular person sees and interprets the world he or she inhabits. By arrogating a universal essence to itself, European philosophy dismisses the observations made by other peoples elsewhere in the world as non-observations, or what Dabashi calls "ethnophilosophy".

To prove that we Africans have a world, that we, too, are puzzled by the complexity of our being and the uniqueness of our environment, we must philosophise.

We must preserve in books what we see and our understanding of what we see. We must formulate and record for posterity our ideas and models of interface between us and what we see. Let letters communicate the depth of our thought.

The beginning of serious thinking, though, is not the interpretation of our environment; it is the necessary endeavour to understand who we are. Have you ever asked yourself the question "Who am I?"

You are not Sipho or Lerato. Sipho is a mere label imposed on you by parents. You have a much deeper meaning; you simply haven't taken time to search for it.

Please, dear black person, don't waste time chasing after phantoms like "white monopoly capital". Sharpen your capacity to think! Only then will you be taken seriously by others.