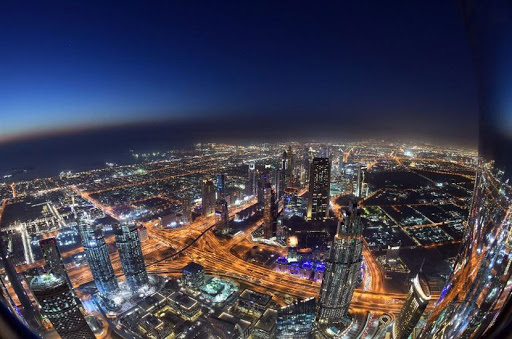 The United Arab Emirates' desert city of Dubai has emerged as one of the favourite playgrounds for monied South Africans.

The Gupta leaks have also shed light on the frequent Dubai visits by some of the country's politicians.

It has now emerged that Police Minister Fikile Mbalula allegedly enjoyed a sponsored trip to Dubai with his family for which a R300000 bill was reportedly footed by a third party.

Cabinet ministers Ayanda Dlodlo and Mosebenzi Zwane, and President Jacob Zuma's son Duduzane are among those whose visits to the country attracted publicity.

With Fly Emirates now running up to seven daily flights from Johannesburg, Cape Town and Durban, it has become easier to visit the fastest growing city in the world.

Mbalenhle Sewela, a South African who has lived in Dubai for five years, said the party scene was on a level with "what you see in American movies."

"It's mostly indoor clubbing... you can wear anything you want when you go clubbing, the shortest of the skirts is okay," she said, highlighting tolerance to foreign tastes by normally strict authorities.

"Now we are at the stage where we sell Dubai as a stand-alone destination and it does extremely well," she said.

"It's hard not to be impressed by Dubai but you don't have to be a millionaire to enjoy the glitz and glamour."

Socialite Uyanda Mbuli said the easier visa access made Dubai one of her preferred "stopover spots". Mbuli has stayed at Atlantis The Palm, a Dubai luxury hotel owned by SA billionaire Sol Kerzner.

"The party scene is always lit... with nightclubs that open till morning. There's more people from outside Dubai who work and live there than there are locals," she said.

Mbuli has recorded several episodes of her reality show, Uyanda: It's On, in Dubai.

A businessman, who spoke on condition of anonymity, said he had visited five times.

"Dubai is misunderstood in South Africa, people think it's either you're corrupt or you're a blesser if you frequent it. In SA, Dubai is now associated with the Guptas,'' he said.