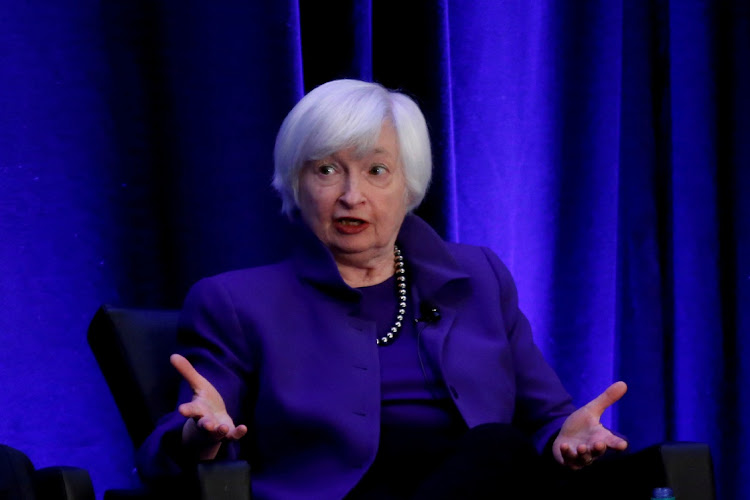 U.S. Treasury Secretary Janet Yellen said on Monday that she is working with G20 countries to agree on a global corporate minimum tax rate to end a "30-year race to the bottom on corporate tax rates."

In prepared remarks to the Chicago Council on Global Affairs, Yellen said she also would use her participation in International Monetary Fund and World Bank annual meetings this week to advance discussions on climate change, improve vaccine access and encourage countries to support a strong global recovery.

Yellen said it was important to make sure governments "have stable tax systems that raise sufficient revenues in essential public goods and respond to crises, and that all citizens fairly share the burden of financing government."

Separately, a U.S. Treasury official told reporters that it was important to have the world's major economies on board with a global minimum tax to make it effective.

The official said the United States would use its own tax legislation to prevent companies from shifting profits or residency to tax haven countries and would encourage other major economies to do the same.

South Africa's consolidated fiscal deficit is expected to narrow this year because of an economic rebound, although the long-term trend of higher ...
Business
1 year ago