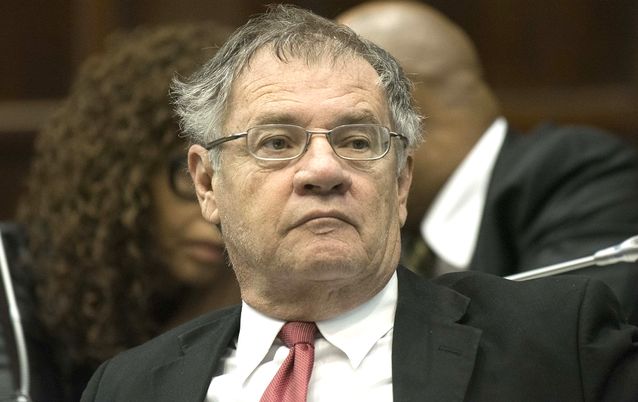 The Davis tax committee estimates the annual tax gap is at least R50bn.

The tax gap is the difference between what is actually collected by the SA Revenue Service (Sars) and what can realistically be expected to be collected and is explained by tax fraud and evasion.

The R50bn includes what is thought to be lost from customs, VAT, base erosion and profit shifting, and the non-payment of tax by wealthy individuals.

The term of office of the committee was extended by finance minister Tito Mboweni in his budget speech in February to enable it to investigate the tax gap. Since then the committee has been working closely with Sars to verify the estimates provided in various completed studies. It has also been looking at the ways that tax evasion and fraud take place.

In an interview on Friday and in an article published earlier in the week by the Daily Maverick, the chair of the committee, judge Dennis Davis, said a report issued by Global Financial Integrity in November 2018 estimated that SA lost $3.4bn in tax revenue in respect of exports and imports in 2016.

Another 2018 study estimated that R7bn a year was lost due to base erosion and profit shifting, which involves diverting profits made in SA — particularly by multinational companies — to lower-tax jurisdictions.

Davis said the amount lost due to VAT fraud and tax evasion by high-net-worth individuals has not yet been quantified. “If you take all of that, a R50bn estimate is very conservative,” he said.

There are a lot of economic realities and dependencies you need to take into account when you set up your own spending rules, says an expert.
Business
2 years ago

As the leaked Panama Papers revealed, there is a significant group of individuals who illegally secreted billions of rand out of the country.

If the gap could be plugged, there would be no need to raise taxes, he said. “It is unconscionable that the vast majority of people are paying their fair share and all these people are getting away with blue murder.”

Davis said that with Edward Kieswetter as the new Sars commissioner, the committee is getting excellent co-operation in its work from the tax authority. This was not the case under the previous dispensation when Tom Moyane was commissioner.

“Sars is now slowly but surely being turned around,” he said, noting that those who had hidden their income and assets are now in “serious trouble” because the automatic exchange of information with other tax jurisdictions gives Sars enormous access to tax-related information which it previously did not have. Access to this information would enable Sars to get behind the trusts and offshore companies to identify the real controllers.

Sars is in the process of tightening up breaches in the customs and VAT regimes.

“The net is closing and people would be well advised to take advantage of the voluntary disclosure programme before it is too late,” Davis warned.

The judge highlighted the fact that accounting, law and tax advice firms are deeply implicated in this tax evasion. “Taxpayers cannot do this alone. Many of these structures are very sophisticated.”

He noted that asset managers have told him that their clients did not take advantage of the previous tax amnesty because they were either sick of corruption or did not believe Sars would be able to track them down.

The South African Revenue Service (Sars) said on Friday it had terminated the services of its head of legal, Refiloe Mokoena, with immediate effect.
News
2 years ago

Stalling to file your tax return? Here’s how to overcome your fears

If you are one of the last-minute filers, you may be wondering why you wait until the deadline – now less than a month away on December 4 for most ...
Business
2 years ago
Next Article