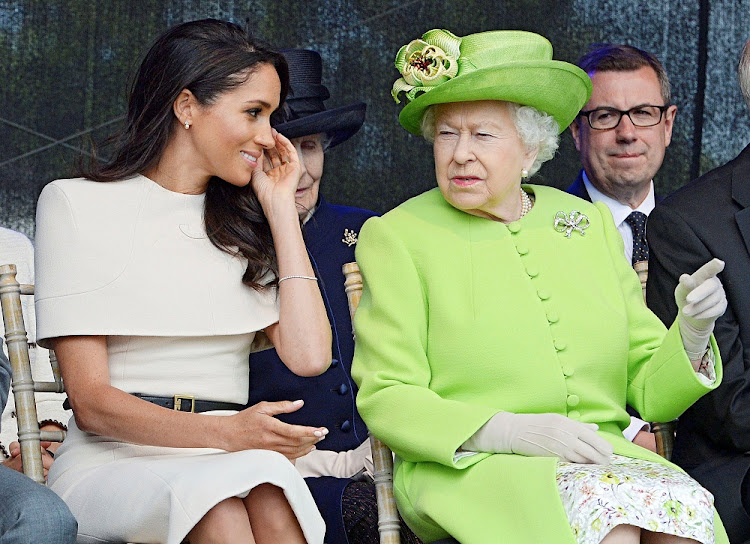 Charlie Hebdo’s latest cartoon has caused a stir once again.

This time the French satirical magazine printed a cartoon depicting Queen Elizabeth kneeling on the neck of Meghan Markle.

The scene echoes the death last year of George Floyd, a 46-year-old black American who had allegedly bought cigarettes with a counterfeit $20 bill. Floyd was restrained by three police officers in that manner until he showed no signs of life.

Charlie Hebdo has often courted controversy with satirical attacks on political and religious leaders. It published cartoons of the Islamic prophet Muhammad in 2012, forcing France to temporarily close embassies and schools in more than 20 countries amid fears of reprisals.

Markle and her husband Prince Harry recently sat down with Oprah Winfrey for an explosive tell-all interview in which they talked about their decision to leave the British royal family.

During the interview Meghan alleged royal family members had conversations with Harry regarding their son Archie’s birth and concerns about the baby’s skin colour. She also made claims about the lack of security and support  for the couple and their child.

Meghan told Oprah she had suicidal thoughts during her time in the royal family.

Here are some of the reactions to the latest cartoon:

Without wading too much into this Charlie Hebdo debate again, if you have to continually explain that your "satire" isn't racist & isn't punching down, then it isn't very good satire, it doesn't matter which tradition it comes from, French or otherwise.

Charlie Hebdo has more than earned the right to say what it likes in the way it likes, and through the blood of their staff remains the rights of oursevles to freely criticise them in turn. But not to shut them down or shut them up. If you don't like it, don't RT it. https://t.co/RFkTkLVh2b