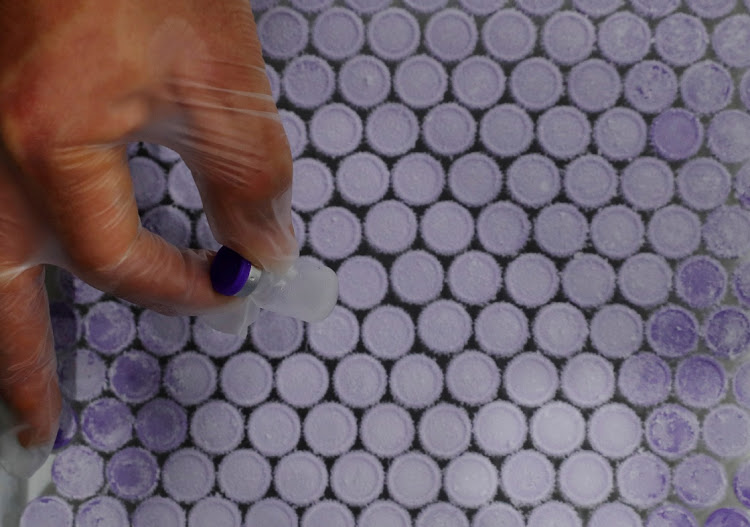 A spike in coronavirus infections in Japan is driving local households to do what they have always done in times of crisis: spend less and save more, stoking fears of a deeper retail recession and grinding deflation.

Fifty-year-old Hiromi Suzuki is doing just that having quit her job at a Tokyo novelty store in December after the pandemic hit sales.

“I try not to spend money,” she said, walking her dog in the city. “Since I don't go out much, I don't buy cosmetics or clothes any more.”

Suzuki's case exemplifies the trouble Japan faces as Covid state of emergency measures were reinstated in January, hitting spending on services, which makes up one-third of total consumption.

High-frequency data shows consumption began to falter even before January's state of emergency, catching policymakers off guard and forcing both the government and central bank to cut their assessments on private spending.

Japan is likely to achieve herd immunity to Covid-19 through mass inoculations only months after the planned Tokyo Olympics, even though it has ...
News
8 months ago

“Service spending is slumping sharply,” Bank of Japan Governor Haruhiko Kuroda said last week. “We don't expect Japan to return to deflation. But we need to keep vigilant on price moves given very high uncertainty over the outlook.”

While demand for some goods is holding up, analysts warn it won't be strong enough to offset deflationary pressures caused by weak service spending.

“The economy will be in bad shape in the first quarter, which would push prices down,” said Hiroshi Ugai, chief Japan economist at JPMorgan Securities. “Prices will essentially remain weak this year.”

Despite a rebound after initial lockdown measures were lifted in May, consumption later lost momentum, falling more than 4% in November from January's pre-pandemic levels, according to a BOJ gauge of spending.

That was mostly due to a 10% slump in services spending, which contrasted with an 8% gain in durable goods consumption.

The pain continued in December with consumption falling 11.5% from a year ago, mainly due to a 20% drop in services spending, according to research firm Nowcast and credit card company JCB.

Spending on eat-outs fell 36% and while dining at “izakaya” bars slumped 47%, both marking the biggest declines since May.

A government request for restaurants to close early means retailers are now feeling the pinch.

Monteroza, which runs several popular pub chains, said it was closing 61 of its 337 locations in Tokyo.

Meanwhile, beverage giant Suntory Holdings CEO Takeshi Niinami predicts that 30% of all bars and restaurants might fail in the coming months.

The average number of customers per restaurant fell 60% in January from a year ago, data by booking site TableCheck showed, faster than a 23% slide in November and a 40% drop in December.

And Japanese households aren't spending much on other items either. A BOJ survey showed more than 70% of households don't plan to change the amount spent to enjoy time at home.

IOC board to mull Tokyo matters - but not cancellation

The Tokyo Olympics will top the agenda when the International Olympic Committee's executive board meets on Wednesday - but with the board firmly ...
Sport
8 months ago

Instead, they are hoarding cash in banks, as they have done through every crisis including the two decades of debilitating deflation that haunted Japan until 2013.

“Unless fears over the pandemic are wiped out, the money piling up in bank accounts won't be spent,” said Toshihiro Nagahama, chief economist at Dai-ichi Life Research Institute.

The BOJ has downplayed concerns about a return to deflation, arguing that companies aren't cutting prices across the board as doing so would eat already thin margins.

Nonetheless, core consumer prices fell 1.0% in December from a year earlier, marking the biggest drop in a decade, a sign weak demand is heightening deflationary pressures.

While Fast Retailing is wary of cutting prices at its main Uniqlo brand, discounts are planned in coming months to reduce inventory, CFO Takeshi Okazaki said earlier this month.

The hope is that more households will act like Noriko Indo, an 81-year-old pensioner who keeps a tight rein on spending but occasionally indulges in luxuries like tuna sashimi, her favourite food.

“Once the pandemic is over, I'd like to splurge on travel and shop like crazy at a department store,” she said.