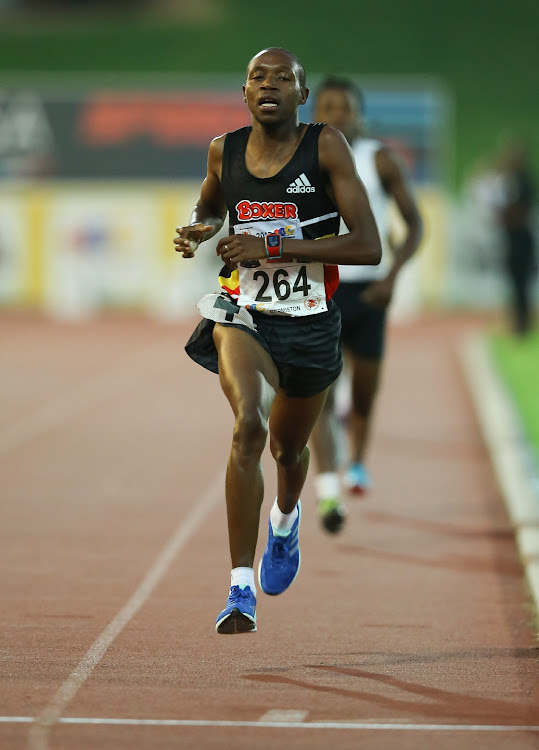 With no guarantees of races during an Olympic year, SA are frustrated by Athletics SA (ASA) decision to suspend racing until further notice.

ASA postponed all its activities due to the second wave of Covid-19 that has hit the country. They will review their decision to continue or not to continue in the first week of February. Athletes and coaches have come out to criticise the federation for neglecting them during an Olympic year.

They are pushing only elite athletes to compete without social runners, but ASA is sticking to its decision. Prominent road runner Gladwin Mzazi blasted ASA and called them all sorts of names for suspending activities.

" ASA is served by a bunch of lazy individuals. Why not allow elite runners only to compete. We demand answers as to why there are no races during an Olympic year. Do not tell me about Covid-19. Soccer and rugby are playing. They (ASA) do not want to work and want to postpone races only," said a furious Mzazi.

The suspension of long jump superstar Luvo Manyonga by the Athletics Integrity Unit for doping and Caster Semenya's battle with IAAF put ASA in a tight corner. The IAAF introduced a ruling that prevents female athletes with high testosterone levels from competing in the 400m, 800m and 1,500m.

The Olympics will take place in Japan in July. The original date for the Games was July 2020 but got postponed due to the Covid-19 pandemic.

SA athletics legend Hendrick Mokganyentsi is pleading with athletes to ignore politics and keep on training.

The three-time Olympian is a coach at the Tshwane University of Technology, a sports coordinator of correctional services in Tshwane, and an athletics chairperson at Athletics Gauteng North. The poster boy of SA athletics, Wayde van Niekerk, an Olympic record holder with 43.03 in 400m, carries the country's hopes of winning a medal.

But he was injured for over a year and is working his way to full fitness.

"With Caster and Luvo out of the picture, it won't be easy to win medals. But Wayde can do it if he is fully fit. I urge athletes to keep on training and ignore politics. There is nothing we can do to change ASA's decision. I've been an athlete and understand what they are going through. It's not easy to prepare without races. But I urge them not to lose hope," said Mokganyetsi.

Preparations for Olympics far from ideal
Sport
1 year ago

Athletes have been kept in the dark regarding their claims from the Covid-19 relief fund that they submitted to the Gauteng department of sport.
Sport
1 year ago
Next Article