Digging up the dirt - could soil contain the answer to food shortages? 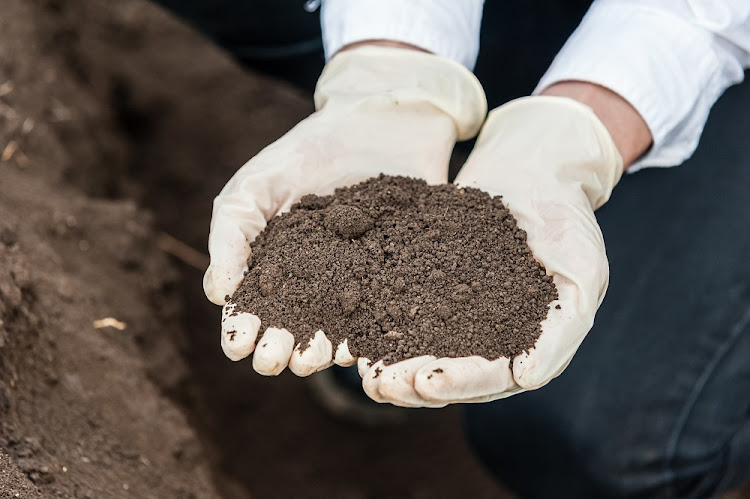 For decades, farmers wanting to boost their yields have focused their attention on fertilisers, technology and new seed varieties.

Instead, they should be looking under their feet, according to experts, who warn that years of erosion and degradation of the soil through intensive farming have created the conditions for a global food production crisis.

"Data suggests that if we do not restore global soil health, it is highly likely the consequences within 10 years will be many, many millions facing food and water insecurity," British soil expert John Crawford told the Thomson Reuters Foundation.

This could lead to "civil unrest, mass migration, radicalisation and violence on an unprecedented scale," said Crawford, until recently a science director at the world's oldest agricultural research institute, Rothamsted Research.

Much of the problem is caused by erosion, which strips away the highly fertile top layer of soil. An area of soil the size of a soccer pitch is eroded every five seconds, according to the United Nations Food and Agriculture Organization (FAO).

While soil erosion occurs naturally, human activities such as intensive agriculture, deforestation and urban sprawl have significantly increased the rate at which it is happening.

Nearly a third of Earth's soil is already degraded. At current rates, that will increase to 90% by 2050, the FAO forecasts, warning that pollution from human activity such as mining and manufacturing as well as erosion are to blame.

There are signs the world is beginning to wake up to the issue, which Crawford said it had only about 10 to 15 years to sort out.

This year will go down as the one in which climate change truly hit the mainstream in terms of awareness and protest action. But whether this affects ...
News
1 year ago

Soil is "one of the most important regulators of global climate" because it stores more carbon than the planet's atmosphere and vegetation combined, he said.

"If you fix soil, you mitigate a whole bunch of other risks," added Crawford, now professor of technology and strategy at the Adam Smith Business School in Glasgow.

Whole Foods, the upscale U.S. retailer that made its name selling organic food, has put "regenerative agriculture" - farming that focuses on soil health - at the top of its trends for 2020.

From Iowa to the Ayeyarwady delta region of Myanmar - known as the country's rice bowl - farmers are trying to figure out how to make their soil healthier and more productive.

In a remote village in the Ayeyarwady delta recently, a group of farmers sat cross-legged on a wooden floor and discussed why their once-thriving farms had become less productive.

The men had started testing their soil for the first time with the help of Proximity Designs, a business that designs low-cost farming products.

The company only began offering low-cost soil testing services in Myanmar in 2018 and by last October it had already sold more than 7,600 tests at $17 each, highlighting farmer interest.

"We didn't have anyone to teach us (about soil). We followed suggestions from others, thinking they might work," said Win Zaw, 44, who grows rice twice a year on his six-acre (2.4-hectare) farm.

"We knew something was wrong, but didn't know what to do," he said, looking down at neatly-typed sheets of paper detailing the levels of nitrogen, phosphate, potassium, acidity and organic matter in the soil.

All the farms were showing very low organic matter, which is produced by decomposing plants and is key to good soil health.

Proximity Designs' agronomists said this was likely due partly to the warm climate, which degrades organic matter more quickly, and partly to local farming practices.

Their recommendations were relatively simple: leave crop residues after the harvest to retain the moisture in the soil, or sow cover crops - those planted to protect the soil between rice plantings rather than for commercial reasons.

When it came to fertiliser use, the recommended amount was much lower than what the farmers were using.

In Iowa, a state in the U.S. Midwest known for its cornfields, farmers are increasingly seeking to improve soil health, said Richard Cruse, a professor at Iowa State University's agronomy department.

"We see increasing numbers of cover crops that are being planted. We're increasing the rate of no-till adoption," he said, referring to a method of farming without tilling the soil that is said to reduce erosion.

"I've talked to several (farmers) in my area who are saying, 'We have to do something different'."

But many lack the expertise and skills, while farmers who rent say it is not worth investing in land that they do not own.

"In Iowa, more than half of the farmland is managed by farmers that don't own the land," said Cruse.

"I've had multiple farmers tell me, 'conservation practices on land that I rent is a cost'."

Ronald Vargas, land and water officer for the FAO and secretary of the Global Soils Partnership - a key player in pushing this issue - said farmers had to be given advice and incentives.

"Soil can be your ally or your enemy," he said. "But in many countries, farmers are left alone. There is nobody advising them."