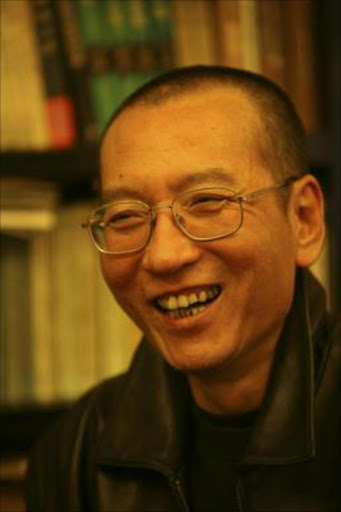 Friends of the late Nobel laureate Liu Xiaobo worried about the fate of his widow on Sunday, with no signs that authorities have freed her after the dissident's sea burial.

Close friends lost touch with the poet Liu Xia after her husband died on Thursday of liver cancer aged 61 while he was in police custody at a hospital in the northeastern city of Shenyang.

At her building in Beijing, a uniformed security guard sat in front of the elevator on Sunday night and a plainclothes man, who refused to identify himself, ushered AFP journalists away after they rang her apartment number.

The United States and European Union have called on President Xi Jinping's Communist government to free Liu Xia, who has been under house arrest since 2010, and let her go abroad.

The authorities released images of the grieving wife at a private funeral on Saturday, and later on a boat with relatives as they lowered an urn containing her husband's ashes into the sea off the coastal city of Dalian.

"We are very worried. We saw from authorities' photos of the funeral that she is weak and pained. She looked like the world's saddest person," said Hu Jia, a Beijing-based activist and close friend.

"If I could see her, I would comfort her and offer her a shoulder to cry on," Hu told AFP.

Liu Xiaobo was a veteran of the 1989 Tiananmen Square protests and was detained in 2008 after co-writing Charter 08, a petition calling for democratic reforms.

Following his terminal cancer diagnosis, the democracy advocate requested to receive treatment abroad -- a wish that friends believe was in reality for his wife's sake. But the authorities refused to let him go.

Although Liu Xia stayed out of politics, she has been under police watch without charges since shortly after her husband was awarded the Nobel Peace Prize in 2010.

Her apartment was the only one in a row of buildings that had a security guard in the small lobby.

The plainclothes man took photos of the AFP reporters' press cards. He claimed her name was not listed and when pressed, he said: "The resident doesn't want to see you."

AFP could not confirm if she had returned from northeast China. The lights on her floor were out.

During the past seven years, Liu Xia was only allowed to leave her apartment to visit her parents or her husband at his prison in the northeastern province of Liaoning, where he was serving an 11-year sentence until he was admitted at a hospital in early June.

Her father died last year, and her mother died earlier this year.

"There is no higher priority than getting Liu Xia out. That authorities have broadcast their ongoing torture of her heightens the urgency," Human Rights Watch's China director Sophie Richardson said.

"They are broadcasting on multiple mediums and multiple languages images and video of her doing what authorities say she wants to be doing -- all the while not letting her speak freely for herself and having held her baselessly under house arrest for years," she told AFP.

On Saturday, Zhang Qingyang, an official from the Shenyang city municipal office, said Liu Xia was "free", but he did not disclose her whereabouts.

On Friday, a foreign ministry spokesman said he would "not make prejudgements" about whether she could go overseas.

Another close friend of the Lius, Ye Du, said the last time he reached the family was early Friday, but they sounded nervous and refused to talk about funeral arrangements.

Liu Xiaobo's older brother, Liu Xiaoguang, said at a news conference organised by the authorities that the government had followed the family's wishes for the funeral. He also said Liu Xia was so heartbroken that she may need hospital treatment.

But supporters said it was impossible to verify if the family had really wanted a sea burial and noted that the brothers were politically at odds.

"Why would she suddenly refuse to communicate with her friends when it's a moment she needs others to comfort her great sorrow?"