Water and Sanitation DG Mashitisho given notice of intention to suspend 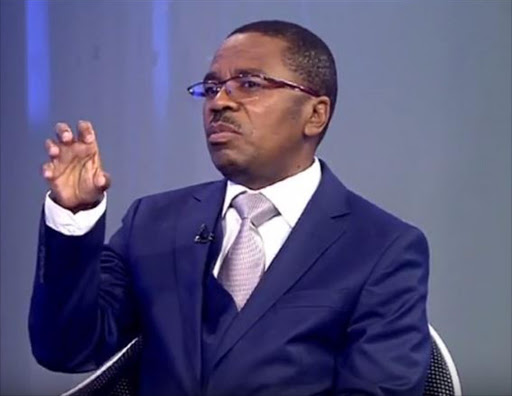 A screen grab of Dan Mashitisho during an interview on Morning Live Picture: Youtube

Water and Sanitation Minister Nomvula Mokonyane has given her director-general Dan Mashitisho a notice of intention to suspend him.

Mashitisho should provide Mokonyane with reasons why he should not be suspended on transgressions considered serious by the minister.

Ndamase said adherence to the principles of confidentiality was critical so as not to tarnish Mashitisho’s integrity.

However‚ City Press reported on Sunday that Mokonyane cited‚ as reasons for her intention to suspend Mashitisho‚ his failure to finalise the terms of reference regarding investigations into various tenders in the department.

The newspaper said the real reason‚ according to two senior executives within the department‚ was Mashitisho’s refusal to sign a letter authorising a law firm to start work at the department.

The newspaper said Mokonyane wanted the law firm to be handpicked without following the proper procurement process to probe a number of contracts in the department.

“As with all such matters‚ the department and ministry will be guided by established legislation and labour practices in this regard‚” Ndamase said in a statement.

However‚ Standing Committee on Public Accounts chairman Themba Godi said the intention to suspend Mashitisho pointed to a conflict of interest with his political principal.

“There is an orchestrated campaign to remove (South African Social Security Agency CEO) Mr (Thokozani) Magwaza just as we have seen the suspension of two Director-Generals in the Departments of Water Affairs and Sanitation (Mr Dan Mashitisho) and Agriculture‚ Forestry and Fisheries (Mr Mike Mlengana) all in circumstances that point to conflicts of interest with their political principals‚” Godi said in a statement.