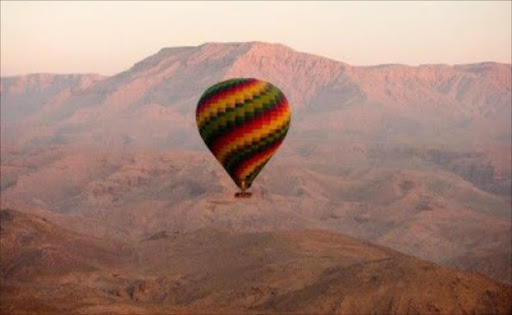 Four flights took off from the ancient temple city, with around 70 tourists on board, said Ahmed Abboud who heads the Balloon Flights union.

"Egyptian authorities have tightened security measures, including a review by an aviation engineer before and after take-off," Abboud said.

Luxor governor Ezzat Saad was on the first flight to take off "to reassure people that the situation is back to normal and that balloons are safe."

He said a technical team from the ministry of civil aviation went to Luxor to monitor security checks by the balloon flight operators.

Authorities had ordered a ban on balloon flights in Luxor after the February 26 crash that killed 19 Asian and European tourists.

The ban "had a negative effect on us. It was a bad period," said Yasser al-Zembili, who owns one of the companies. "We hope the tourists come back."

The activities of the company whose balloon crashed remain suspended.

Residents and tour industry professionals had feared that the accident would keep more tourists away, as Egypt struggles to revive an industry which raises much of its foreign currency revenues.